UPDATED: Higgins Pulls Ahead in the 5th 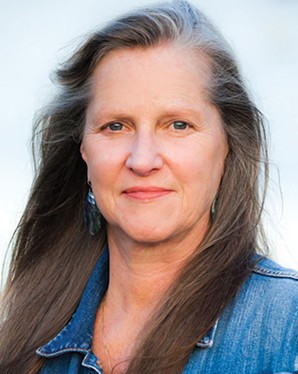 2nd UPDATE:
With the final Election Night report in, we have a nail biter in the race for the 5th Division Harbor District Seat.

After trailing all night, incumbent Commissioner Pat Higgins has taken a 12-vote lead over challenger Susan Rotwein with 100 percent of precincts reporting. With 3,666 votes counted in the race thus far, Higgins has 49.89 percent of the vote to Rotwein’s 49.56 percent. There are ballots yet to be counted — provisionals and vote-by-mail ballots that came in on Election day — and it looks like this one won’t be decided for days, or even weeks. That said, it looks good for Higgins, who took 56.99 percent of the precinct vote to erase Rotwein’s early lead.

1st UPDATE:
With another 2,345 votes counted, challenger Susan Rotwein has maintained her lead over incumbent Pat Higgins in the race to become the Harbor District’s next 5th Division commissioner.

Only 46 additional votes have been counted since the first return, which consisted entirely of vote-by-mail ballots and had Rotwein holding a 186-vote lead. Higgins’ has now widdled that down to 174 votes, but still trails with 46.01 percent of the vote to Rotwein’s 53.43.

It’s worth noting that Higgins took 63 percent of the Election Day ballots counted thus far. If that spread holds, a comeback is obviously still within reach.

With the clock creeping toward midnight, neither candidate answered Journal calls for comment.

PREVIOUSLY:
Challenger Susan Rotwein has jumped out to a slim, early lead in the race to become the Harbor District's next commissioner representing the Trinidad, McKinleyville and Willow Creek areas.

The first election returns, comprised entirely of vote-by-mail ballots turned in prior to Election Day, have Rotwein leading by 186 votes. Thus far, she's taken 53.76 percent of the vote to incumbent Pat Higgins' 45.67 percent with 2,299 ballots cast.

The race has essentially been a referendum on the current board’s very active last five years. While the incumbent Higgins has staunchly defended the board’s recent run and direction, challenger Susan Rotwein has charged that district has drifted off course.

Higgins, a fisheries biologist by trade who was elected to represent the Trinidad, McKinleyville and Willow Creek areas on the board in 2007, has campaigned on the district’s recent activity. On the campaign trail, Higgins has trumpeted the district’s 2012 acquisition of the Samoa Pulp Mill, and the property’s subsequent cleanup, saying it was good for the environment and economic development on the bay. He’s said the current board has taken the district from the brink of insolvency to solid financial footing by diversifying its economic interests and bringing the marina’s budget closer to balance, all while promoting transparency and increasing recreation opportunities around the bay.

Rotwein, on the other hand, has lambasted the board’s decision to acquire the old mill property, saying the cleanup left the district deeply in debt (though the bulk of the district’s borrowed funds will be forgiven in seven years and the balance was a prepayment on Coast Seafoods’ tidelands lease). She has also said the acquisition left tax payers on the hook for the cleanup, which should have been done by the private sector. Rotwein, a nurse consultant from Trinidad who co-owns a fishing boat, also charged the district needs to better serve the fishing industry, noting that it’s increased slip fees at the marina and moved a fishermen’s storage facility across the bay. Rotwein has said the district needs to prioritize shipping to and from Humboldt Bay to boost regional economic development.

While the campaign to represent the Fifth District on the commission has largely remained civil, the differences in the candidates’ platforms were not nuanced. Voters were largely left to decide whether or not they liked the district’s current direction and vote accordingly.

Meanwhile, over in the 2nd District, Greg Dale has jumped out to a commanding early lead with 64.19 percent of the early vote.

Read more about both candidates in past Journal coverage here.