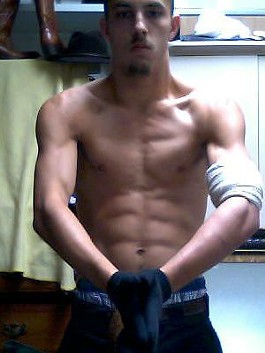 The jury also found Youravish guilty of a special allegation of lying in wait, leaving the Eureka man facing life in prison without the possibility of parole when he is sentenced Dec. 1. Deputy District Attorney Zachary Curtis successfully prosecuted the case, which began last month and went to jury shortly before noon today.


During a preliminary hearing in the case held last spring, witnesses described the stabbing in detail, and said Youravish boasted about the killing and demanded a friend videotape the attack as it was taking place. Read more about the case in prior Journal coverage here.

See the full press release from the Humboldt County District Attorney's Office below:

Today a jury convicted Michael Youravish of first degree murder with the special allegation of lying in wait. Youravish, 21 years old of Eureka, murdered 33 year old Forrest Lovejoy in McKinleyville on June 17, 2013. The cause of death was multiple stab wounds. The case was investigated by the Humboldt County Sheriff’s Department.
Deputy District Attorney Zachary Curtis prosecuted the case with the assistance of District Attorney Investigators Marvin Kirkpatrick and Wayne Cox and Victim Advocate Marybeth Bian. The defendant will return for sentencing on December 1, 2015 before Judge John Feeney. The defendant is facing life without the possibility of parole.