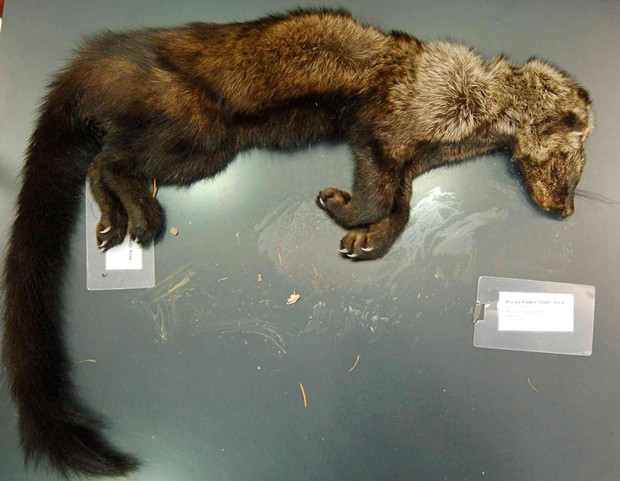 The rodenticides used on marijuana grows are posing an ever-greater danger to Pacific fishers, according to a recently released study by University of California Davis researchers and Integral Ecology Research Center Director Mourad Gabriel.

Gabriel has been studying the effects of pesticide use on the medium-size weasel-like species for several years, and concluded that “increasing numbers of fishers are being exposed to and dying from greater varieties of rodenticides found at trespass pot farms,” according to a UC Davis press release.

In 2014, Gabriel’s dog Nyxo was poisoned at his home in Blue Lake, a deliberate act that’s widely believed to be retaliation for his research (read an interesting LA Times profile of his work here). Gabriel has continued his work, and the southern Sierra Nevada population of fishers was listed as threatened under the California Endangered Species Act this year.

Gabriel’s most recent study looked at 167 fisher deaths between 2012 and 2014, and found that nine of them were caused by poisoning. Exposure to rodenticides increased from 79 percent to 85 percent during the two-year study period. 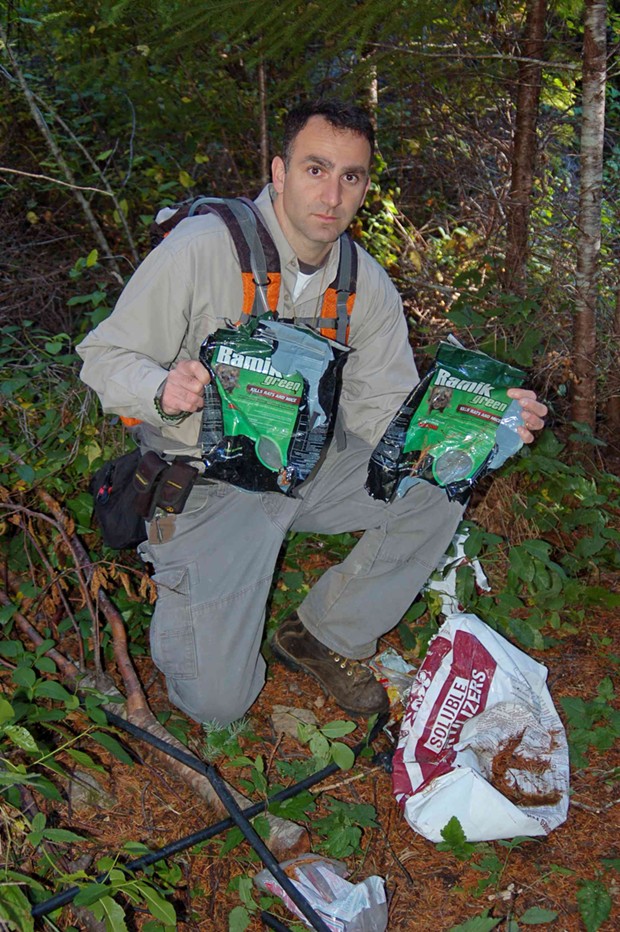 The situation is growing worse for fishers being poisoned by rodenticides on illegal marijuana grow sites in California, according to a study by a team of researchers led by the University of California, Davis, and the Integral Ecology Research Center, based in Blue Lake, California.

Fishers are midsized weasels that live in isolated forests of California, Oregon and Washington. The West Coast fisher population was proposed for federal listing as a threatened species in late 2014. In 2015, the southern Sierra Nevada population was listed as threatened under the California Endangered Species Act.

The study, published Nov. 4 in the journal PLOS ONE, shows that increasing numbers of fishers are being exposed to and dying from greater varieties of rodenticides found at trespass pot farms.

Fishers most affected live in the Sierra Nevada range near Fresno and in forests stretching from Humboldt County to Redding in Shasta County.

The study was led by Mourad Gabriel, who began the research as a doctoral student with the UC Davis Veterinary Genetics Laboratory and is now director of the nonprofit IERC.

‘It’s not getting better’

Gabriel’s studies in 2012 and 2013 were the first to link rat poison and illegal marijuana farms to fisher deaths, bringing broad attention to the issue.

In the 2012 study, Gabriel recorded four fisher deaths in five years due to rat poisoning from illegal marijuana grows. This new study examined the deaths of 167 fishers and found that, between 2012 and 2014:

* Nine more poisoning deaths occurred.
* Exposure rates to rodenticides rose from 79 percent to 85 percent.
* Necropsies confirmed as many as six different rodenticides in one animal. Some of the chemicals found were considered safer alternatives to other commercially available rodenticides, but they nonetheless killed fishers.
* Predation caused the majority (70 percent) of fisher deaths, but rat poisoning connected to marijuana grow sites accounted for 10 percent of fisher deaths.
* 69 percent of all poisoning cases were in the spring, when fishers mate and raise their kits.

“We’re showing that it’s not getting better,” said Gabriel. “Fishers are the flagship species. We have to think of so many species, like Sierra Nevada red foxes, spotted owls, martens — they all are potentially at risk. This is essentially going to get worse unless we do something to rectify this threat.”

Most fishers exposed to rat poison

The necropsies were conducted at the California Animal Health and Food Safety Laboratory System, or CAHFS, which is part of the UC Davis School of Veterinary Medicine.

“We’re sort of a one-stop shop with a tremendous resource of people and broad array of tests that can be brought to bear about why an animal died,” said co-author Robert Poppenga, a professor and veterinary toxicologist with CAHFS. “The thing that intrigued us early on was the detection of anticoagulant rodenticides in these fishers. They’re out in the middle of nowhere. Yet, based on post-mortem testing, more than 85 percent have ARs in their system.”

Anticoagulant rodenticides inhibit the ability of fishers and other mammals to recycle vitamin K. This creates a series of clotting and coagulation problems, which can lead to uncontrollable internal bleeding.

The poison, which is often enhanced with bacon, fish and peanut butter “flavorizers,” is scattered around illegal marijuana grows in remote sites to deter pests from the crop.