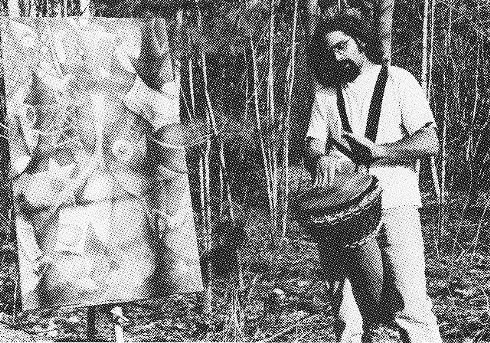 Two men accused of the 2008 robbery and murder of a San Francisco man in Southern Humboldt were sentenced in federal court this week.

Ryan Carroll and Robert Lee had both reached plea agreements with prosecutors in July stemming from the slaying of 35-year-old Reetpaul Singh Rana during an attempted robbery on Dyerville Loop Road, north of Alderpoint. The plea deals came just weeks after a judge ruled the two men’s confessions couldn’t be used against them at trial because Humboldt County Sheriff’s Office detectives violated their rights. 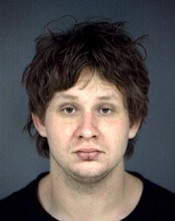 Carroll, who federal prosecutors initially fingered as the one who shot Rana, was sentenced Wednesday to serve 15 years in prison, having pleaded guilty to a charge of “aiding and abetting the use of a firearm in the furtherance of a crime of violence and thus causing murder.” Lee, who prosecutors alleged conspired to rob Rana and later burnt the dead man’s car to cover up the crime, was sentenced to seven years in prison for being an accessory after the fact and “destroying a vehicle by means of fire.”

According to the U.S. Attorney’s Office, in their plea agreements both men admitted to conspiring to rob Rana after agreeing to sell him eight or nine pounds of marijuana. They met Rana — who worked as a middleman, buying marijuana in Humboldt and shipping it to buyers in Minnesota — and attempted to rob him, which is when Rana was shot dead. Hikers found his body a few days later, with his dog, Rosa Barks, waiting nearby.

A press release from the U.S. Attorney’s Office — which contains numerous factual errors, including referring to Rana, Lee and Carroll all as Humboldt County residents when all resided out of the area — indicates another person was involved in robbery and killing. It’s unclear if any case is pending against that person, but local authorities have long stated they believed others were involved in Rana’s killing. 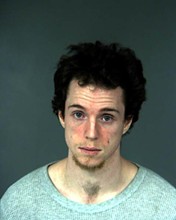 In a previous interview with the Journal, Carroll’s attorney, Severa Keith, said the plea agreements in the case were fueled in a large part by the federal judge’s ruling to suppress potentially incriminating statements both defendants made to investigators during interrogations because detectives failed to advise them of their Miranda rights. Read more about the case, and the interrogations, here.

While Carroll and Lee were sentenced to 15 and seven years in prison, respectively, it’s unclear exactly how much time the will serve behind bars. With credit for good conduct, federal inmates serve 85 percent of their sentences. And Carroll and Lee will also like get credits for all the time they’ve already been incarcerated. Carroll has been in custody since January of 2010, while Lee has been confined since October of 2011.
Both men are also likely to serve the last 12 to 18 months of their sentences out of prison in federal half-way houses.

See the full press release from the U.S. Attorney’s Office copied below:

SAN FRANCISCO– Ryan Carroll was sentenced to 15 years in prison for aiding and abetting the use of a firearm in furtherance of a crime of violence and thus causing murder, announced Acting United States Attorney Brian J. Stretch and Federal Bureau of Investigation Special Agent in Charge David J. Johnson. Carroll’s codefendant, Robert Lee, received a sentence of seven years for being an accessory after the fact and destruction of a vehicle by means of fire. The sentences follow guilty pleas entered by the codefendants in which they acknowledged their respective roles in an attempt to rob a Humboldt resident who asked for help in purchasing marijuana.

The sentence was handed down by the Honorable Edward Chen, U.S. District Judge. Carroll has been in custody since June 2010, and Lee has been in custody since October 2011. Both defendants will begin serving their respective sentences immediately. Judge Chen also sentenced each of the defendants to a five-year period of supervised release and ordered defendants to pay $6,000 in restitution to Rana’s parents. Both defendants are liable for the $6,000 jointly and severally and the court set a date of January 20, 2016, to consider any further restitution claims that may be made by Rana’s parents.

Assistant U.S. Attorneys Andrew M. Scoble and Scott D. Joiner are prosecuting the case with the assistance of Kurt Kosek, Lance Libatique, and Ponly Tu. The prosecution is the result of an investigation by the Federal Bureau of Investigation and the Humboldt County Sheriff’s Office.