The order of butterflies and moths, Lepidoptera, gets its name from Greek words meaning “scale wings.” Like a mosaic, those scales make up each species' distinctive markings. Listed in the literature are a number of ways those minute scales contribute to the animal's well being. As a layer of insulation on their body, they help with thermo-regulation. They distribute pheromones known to be important for boys looking for girls, and I suspect one other thing. I have a hypothesis. 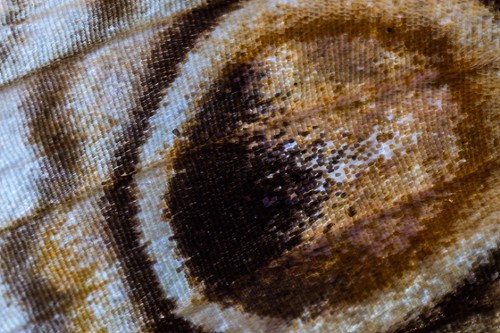 Anyone who has handled a butterfly or moth has probably found those scales come off very easily. I have ruined more than one good specimen by merely touching it with a slightly sweaty finger. I suspect that they come loose for a good reason.

In a life perpetually at risk from spiders' snares, those loosely held scales might act as flour on the baker's hands when kneading bread, or talc on a pool cue. The particles adhere to the spider's silk, but they pull off easily allowing the animal to slip away. I have seen moths, attracted to a light, flutter repeatedly through a spider web while other insects were captured. That is not to say it makes them completely immune to the web's adhesive, but I suspect it does reduce the danger significantly increasing their chances, which is often enough. Survival of a species is, after all, a matter of odds. 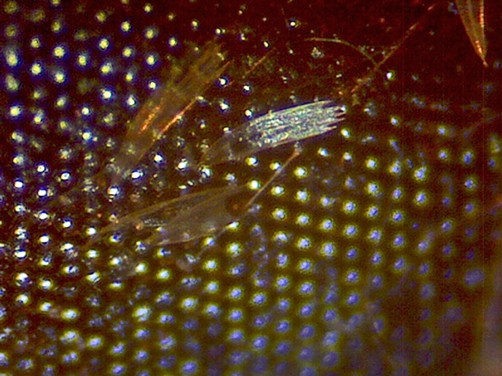 To the entomological photographer, they can serve as a clue. Eager to test out a new camera I put an old, dead, dragonfly from my collection under the microscope and found, scattered across the surface of ts eyes, scales that had to have come from a moth or butterfly. It was most likely a moth since they were deeply toothed along their margins (an indicator). While not a smoking gun perhaps, like fingerprints, they were clues to a murder that happened long ago. 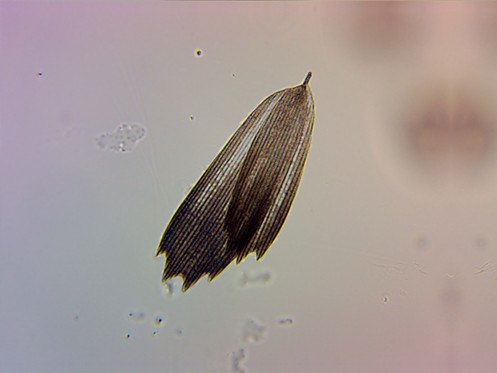