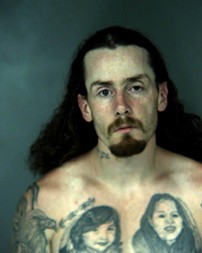 With a conviction in hand and a gag order lifted, Humboldt County District Attorney Maggie Fleming opened up about the arrangement that brought a special prosecutor up from Mendocino County to try the double murder case of Jason Anthony Warren.

The deal — which saw Mendocino County Assistant District Attorney Paul Sequeira take a months-long leave of absence to venture up to Humboldt — cost Fleming’s office about $32,000. But Fleming was quick to say the money came out of the office’s existing 2015-2016 budget, thanks to salary savings from vacant positions. She said Sequeira was compensated as an “extra-help” employee at the pay rate of an assistant DA during his time here, which equates to $57.23 an hour.

Fleming said the arrangement spawned out of conversations she had with Mendocino County District Attorney David Eyster in the summer of 2014, before she took office in January. She said Eyster was familiar with the backlog of homicide cases in Humboldt County. “Based on his recognition of the limited number of experienced prosecutors [in Humboldt], he and I discussed the possibility that Humboldt County could employ Mr. Sequeira as a temporary prosecutor for the Warren trial,” Fleming wrote in an email to the Journal. Sequeira actually began reviewing the case “on his own time” in the fall of 2014 — before Fleming even took office — and continued to do so through the winter of 2015. “Mr. Eyster’s openness to the possibility was very generous, in that the temporary absence of Mr. Sequeira created a lot of extra work for others in the Mendocino County DA’s Office.”

Humboldt County got a return on that investment when, after just a few hours of deliberation, a jury convicted Warren of all counts on Dec. 3, finding him guilty of the deliberate, premeditated murder of Dorothy Ulrich; the deliberate, premeditated murder of Suzanne Seemann; and the attempted murders of Jessica Hunt and Terri Vroman-Little. Additionally, the jury found Warren guilty of special allegations that he had lain in wait and tortured Ulrich and that he committed multiple murders. He faces a mandatory sentence of life in prison without parole when sentenced.

By all accounts, Sequeira was impressive during the two-month trial, skillfully walking jurors through an abundance of physical evidence that connected Warren to two crime scenes that sat more than 50 miles apart, and questioning sometimes reluctant witnesses. His closing argument in the case was nuanced, clear and passionate.

With the Warren case now off the pending list, attention will turn to the upcoming trial of Gary Lee Bullock, who stands accused of torturing and murdering St. Bernard Catholic Church pastor Father Eric Freed on Jan. 1, 2013 and whose trial is slated to begin in February. Deputy District Attorney Stacey Eads is currently handling that case, but she has limited experience prosecuting violent felonies, much less homicides.

A gag order in that case prevents Fleming from publicly discussing it, so it remains unclear if she’s contemplating the possibility of bringing in a special prosecutor to try it as well.