Parklets Waiting for Droplets to Stop 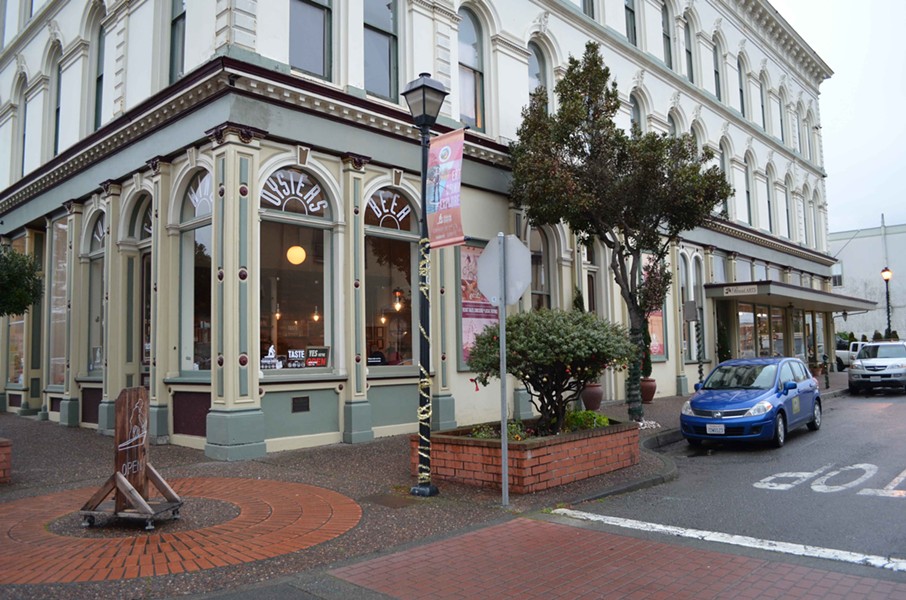 Those parklets, the tiny, public, Old Town outdoor spaces that were supposed to be completed in September, got held up a little, but we’re assured they’re on their way.

Eureka Community Development Director Rob Holmlund says the parklet plans for two of the four participating businesses have been approved by the city. Ramone’s Bakery owner Berit Meyer says workers were prepared not long ago to pour cement in front of the E Street store, but she wanted to hold off until after Christmas, what with extra traffic in Old Town and extra business for the bakery. Now, Meyer said, she's just waiting on a break in the weather.

Over on G Street, Humboldt Bay Tourism Center partner Jon O’Connor says the parklet outside of his oyster bar is slated to begin construction in January. They would have begun sooner, O’Connor says, but the city wanted a more substantial insurance policy before the bar and information center opened its outdoor area. That policy — double the cost of its previous one — will go into place in January. Still, O’Connor says the city’s been “pretty flexible.”

Holmlund praised the businesses that volunteered to take the risks and costs of the pilot parklet program.

O’Connor declined to share the Humboldt Bay Tourism Center’s specific designs, but says it will be modeled after a shipwreck-style parklet in San Francisco. A Taste of Bim and Siren’s Song Tavern are the others participating in the four-business in the pilot program.

Perhaps crucial to the success of the outdoor areas is the city’s recent lifting of a prohibition on businesses serving alcohol outdoors. Bars and restaurants still need approval from the state’s department of Alcoholic Beverage Control to serve outside, but the city no longer stands in the way of (legally) sipping a cold one in certain outdoor Old Town spots. (You will have to be served the drink in the parklet by an establishment employee, and you can’t go in and out with it.)

O’Connor says the center’s excited to use the parklet during its Arts Alive and Fourth of July events. Maybe it’ll stop raining by then.