UPDATE: No Plans for Local Minimum Wage Initiative in 2016 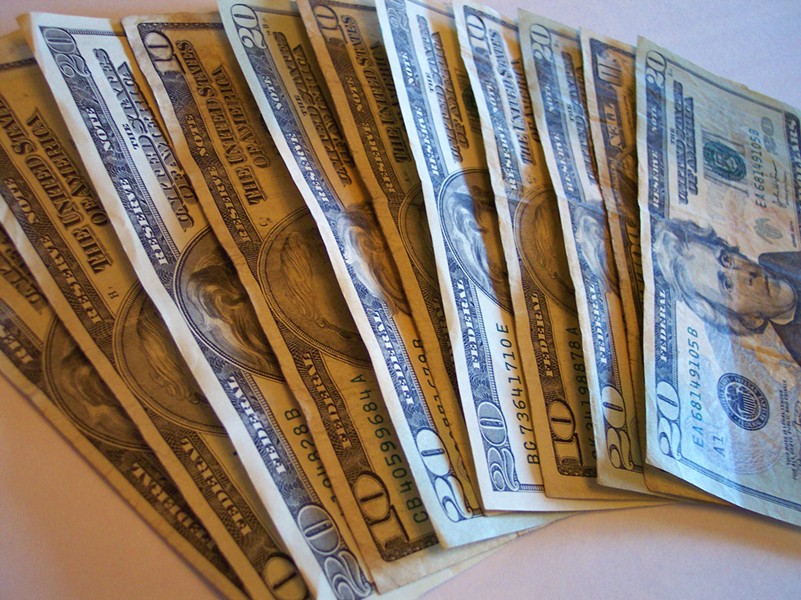 UPDATE:
Local activist and former Arcata City Councilmember Dave Meserve tells the Journal that, in the wake of Measure R’s defeat, he attempted to drum up support for a countywide initiative that would immediately bump the minimum wage to $12 an hour, working up to $15 over a three-year period. Meserve says he met with a host of people about the idea — union organizers, workers and business owners.

“Although I did find broad support for the idea, I was not able to put together enough of a coalition to be sure of success in collecting the thousands of signatures necessary, all across Humboldt County,” he wrote in an email to the Journal. “Unfortunately, I did not have the time or the resources to press ahead without a lot of enthusiastic supporters who had time to devote to such an effort.”

Meserve said he hopes to see the statewide $15-an-hour initiative on the ballot in November.

In the meantime, while supporters of Measure R expressed some hope that new Eureka City Councilmembers Natalie Arroyo and Kim Bergel, both of who expressed support for Measure R on the campaign trail, would push forward a city ordinance, there doesn’t appear to have been any movement on the issue at city hall.

A new state law took effect Friday raising the hourly minimum wage from $9 to $10, effecting tens of thousands of low-income workers. The pay increase brings the total pre-tax earnings for full-time, minimum wage workers to $20,800 a year, up from $18,720.

But labor advocates say $10 an hour still doesn’t amount to a living wage in California, and are pushing to put another increase before voters on the November ballot.

According to California News Service, two separate branches of the Service Employees International Union are pursuing ballot measures. One would raise the minimum wage to $15 by 2020 and mandate six paid sick days a year, while the other would give employers another year, putting the $15-an-hour minimum in place in 2021.

Business advocates and chambers of commerce have said they worry the increased payroll expenses would lead small business to cut hours or jobs, or pass the costs on to customers.

Several California cities — including Los Angeles, Oakland and San Francisco — already have minimum wages in place that are higher than the state’s. San Francisco’s, which is currently $11.05, is slated to increase to $15 an hour in 2018.

Eureka voters decisively shot down a ballot initiative in 2014 that would have raised the city’s minimum wage to $12 an hour for businesses with more than 25 employees. Opponents of the measure said it was too much of a spike too soon, and said any minimum wage increase should be implemented countywide so as not to place one city’s businesses at a disadvantage.

Immediately after the measure was rejected by more than 60 percent of voters, its proponents pledged to move forward with a countywide initiative. But it’s unclear if there’s been any movement on that front, as a number of Journal emails seeking an update weren’t immediately returned.

Meanwhile, the national minimum wage still sits at $7.25 an hour.

Even California’s new $10 wage, which was voted in by legislators and signed by the governor last year, doesn’t amount to a living wage in Humboldt, according to at least one study. The Massachuessets Institute of Technology found a single adult in Humboldt would have to make $10.93 an hour to keep up with basic expenses. An adult raising a child would have to make $23.02 an hour to get by, according to the study.

Whether its due to low wages, unemployment or underemployment, more than 20 percent of Humboldt County residents live below the federal poverty line, which is $11,770 for an individual or $20,090 for a family of three. About 14.8 percent of the nation lives in poverty, a total of about 46.7 million, according to the U.S. Census.