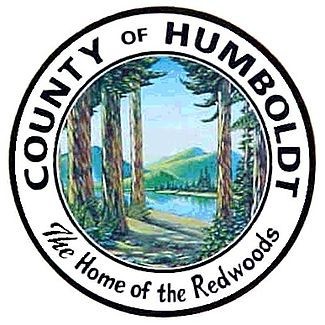 The Humboldt County Planning Commission backed away from a proposed no-confidence vote in planning staff Thursday night, and instead unanimously approved forming an adhoc committee aimed at improving staff-commission relations.

Specifically, the committee will see two yet-to-be-named commissioners meet with interim Planning Director Robert Wall and County Counsel Jeffrey Blanck in order to clarify procedures and policies to facilitate a better working relationship between staff and the commission moving forward. Some commissioners specifically stated their hope is the process will result in more clarity of the roles of staff members and commissioners in the planning process.

The issue bubbled up at the commission’s last meeting, when commissioners voiced frustration over planning staff’s final report to the board of supervisors stemming from the commission’s marathon of 10 meetings over the course of a month to hammer out its recommendations on the county’s commercial cannabis land use ordinance. But the tone of Thursday’s meeting was markedly different than that of its predecessor, when Commissioner Lee Ulansey said he felt staff acted with “deliberate bias” in misrepresented and not following through on the commission’s votes. Commission Chair Robert Morris also accused staff of a “breach of the public trust.”

But Thursday, commissioners said they felt the draft of the ordinance that staff sent back to the board of supervisors was generally reflective of their direction. They also recognized that staff was put under a tremendously tight timeline to incorporate the commission’s changes, with Commissioner Ben Shepherd noting that he sometimes received drafts that were still warm from the copier.

But Ulansey and some other still expressed some displeasure with the process. He said that, between meetings, there were times when the commission requested changes over staff’s objections and then returned to the next meeting only to find the changes hadn’t been made and hear the same objections from staff. That, coupled with reports that staff had reached out to environmental groups — and not a broad spectrum of interested parties — to weigh in on the draft, gave him some concern that “bias was present throughout this process.”

Ultimately, Ulansey moved to create a subcommittee with a minority of the commission to meet with staff and discuss some of the frustrations, as well as policies and procedures, and return a recommendation to the full commission “so we can better work together in the future and avoid some of these perceptions.”

“That idea sounds great to me,” Morris chimed in, “because I certainly believe that I wouldn’t like to see this issue swept under the rug. I’d like to see a resolution so everyone knows their role.”

Wall also indicated he liked the idea of a subcommittee to ensure staff and the commissioners were on the same page, noting that the commission would soon be faced with other ordinances. “That would be very helpful,” he said.

Before the issue came to a vote, Blanck stepped in to warn that such a subcommittee would be subject to California’s open meetings laws, while an adhoc committee simply researching the issue and reporting back to the commission would not be. Ulansey then amended his motion to specify that the committee be adhoc.

Commissioner Noah Levy then asked if the commission should just have these discussions in open session, either during regular meetings or special study sessions, to give the issue a public vetting. Ulansey said he felt keeping them in a less formal setting could expedite the process and afford the committee “additional flexibility,” while also giving commissioners a better sense of what staff deals with on a daily basis.

After making clear the committee’s intent is not to “pick on any particular staff member or action,” he called for a vote on the matter. It passed unanimously.

In other matters, the board voted 3-4, with commissioners Levy, Morris, Ulansey and Kevin McKenny dissenting, denying a Verizon Wireless permit for a prosed cell phone tower in Westhaven. The vote came in the face of an outpouring of community opposition to the proposed tower, and a concern from some commissions that the company had failed to explore alternate sites. The Times-Standard’s Will Houston has a full report on that vote here.

We'll update this post with video of Thursday's meeting as soon as it's available online. Video of the full meeting is embedded below. Discussion of the potential no-confidence vote begins at the 2:04 mark.