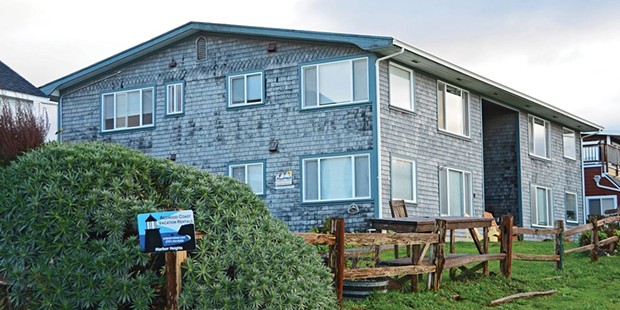 The Humboldt County Board of Supervisors is about to plunge into the increasingly fraught issue of vacation rentals, a topic that has Trinidad and communities large and small across California, and the nation, tied up in knots (and, in many cases, lawsuits).

The Supes will consider a petition on whether and how to regulate vacation rentals at their meeting next week (Tuesday, Feb. 9) at 1:30 p.m., in Supervisors Chambers, 825 Fifth St. in Eureka.

The issue pits property owners who want to rent out their homes against neighborhood residents who complain about absentee landlords, noise and the loss of community. In California, the issue has been building in metros like Los Angeles and San Francisco and small towns and vacation areas alike from the coast to the Sierra.

Current Humboldt County regulations require rentals of at least 30 days, Steve Werner, a county planner, said Monday, which means that shorter term “vacation dwelling units” — houses or room rented out for fewer than 30 days — are illegal. “We’ve seen a rise in the number of these kinds of uses,” he said.

So far in Humboldt County, only tiny Trinidad has enacted local ordinances to regulate vacation rentals, so the rest of the county has some catching up to do (See our Dec. 10 cover story, "For Rent"). “It’s a complicated issue that’s hard to get your arms around,” Werner said, acknowledging that the supervisors are playing catch-up in trying to get a handle on the issue across a large and diverse county.

Shelter Cove was the first part of the county to broach the subject of vacation rentals to county planners, Werner said, and Willow Creek, Arcata and other cities have started thinking formally and informally about the issue.

It’s no secret that many unincorporated parts of the county, including Westhaven and Big Lagoon and other Trinidad outskirts in the north, down to Garberville and other parts of SoHum, have experienced growing tensions between rental managers, their property owner clients who use their homes to generate revenue, and fulltime residents who complain about “strangers who invade our neighborhoods and disrupt our lives with loud parties, trash, traffic, dogs pooping and cars parking on our properties,” as Westhaven resident Mara Parker put it in a recent letter to the Times Standard.

In trying to get ahead of the problem, Trinidad city officials devised and adopted a local ordinance on short-term rentals last year, only to place an “emergency moratorium” on rental licensing while city officials hold public hearings to expand the law to consider elements the original ordinance missed. Trinidad’s all-volunteer planning commission has been conducting a series of public meetings on matters including a cap limiting the number of rentals in town, code enforcement, rental density in residential neighborhoods, penalties for violations and other matters.

Werner said the short-term rental issue, like the question of marijuana cultivation, is something that has grown faster than county regulations could keep up with. He says county planners will be watching Trinidad’s progress closely on the vacation rental issue as the Supes decide how they want to address it.