Inside the Portland Flights Deal 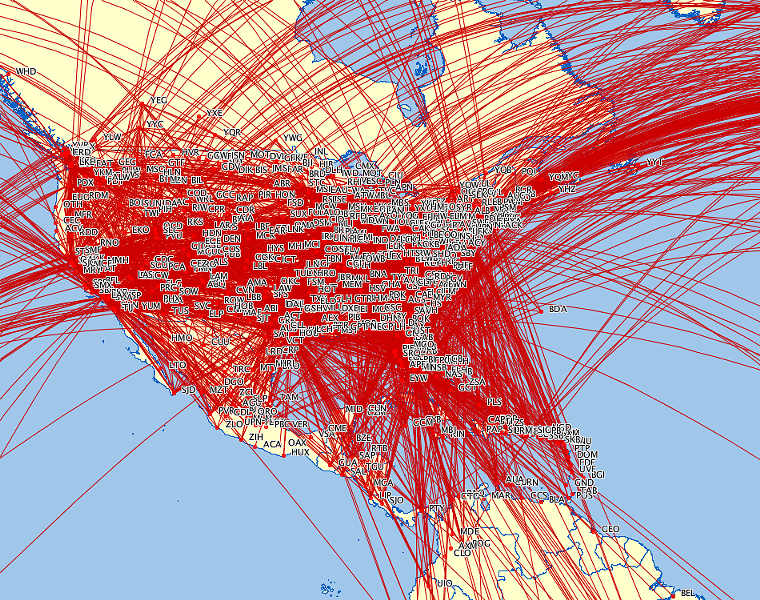 Humboldt County has a kinship with Portland, what with our shared interests in food, drink, marijuana, arts, neo-lumber fashion and keepin’ it weird.

So PenAir’s announcement that it would be offering service from the Redwood Coast Airport (nee the Arcata-Eureka Airport) was met with palpable excitement. Portland is a hip alternative to San Francisco for Humboldt County youth looking to spread their wings.

While the Alaska-based regional airline said it would begin two daily flights between McKinleyville and Portland beginning on April 21, we had a lot of questions about the new service.

Airport Program Manager Emily Jacobs — freshly back from vacation — filled us in. As you may recall, a public/private group called Fly Humboldt has been building political and financial capital for several years in an attempt to lure another airline to Humboldt County’s only commercial airport. Since 2011, flying to San Francisco International via United has been the only option for airborne emigres. Humboldtians routinely complained about service interruptions and high prices.

By January of 2015, Fly Humboldt had raised more than $1 million to offer minimum revenue guarantees to airlines, marketing and other improvements intended to attract airlines.

Last fall, PenAir began air service between Crescent City and Portland after winning a contract with the Del Norte County airport that’s subsidized by the federal government, which identified that the area qualified for “essential air service” assistance.

The day it was announced that PenAir won the Crescent City contract, in March of last year, Jacobs was on the phone with the airline. (She adds that Humboldt County Supervisor Virginia Bass helped negotiations.) She said the company had first branched out of Alaska skies by launching routes between small, underserved Northeastern communities. The airline had success there, and when it began service to Crescent City, announced that it was also looking to expand to Coos Bay and Redding.

Jacobs said PenAir has been successful at its other small-ticket routes, and noticed a “glaring spot” in the Pacific Northwest that lacked service. (While it’s muddled with routes between airports, the map above, generated by Jacobs using mapping software called Diio, shows a relatively barren coastal stretch north of San Francisco.)
“They’re looking forward to putting together a nice little network in our area,” Jacobs said.

PenAir appears to be confident; the company did not request a minimum revenue guarantee — the big wad of cash airports offer to airlines should the companies be unable to fill seats as projected.

“That’s always great news,” Jacobs said — because Fly Humboldt can use that money for other projects and to attract additional air service. (“We’re going to continue to be just as dedicated to Fly Humboldt and to continue to increase flights and destinations,” she said.) But it also means that PenAir can pull up roots whenever it chooses — MRGs typically come with years-long service contracts.

Still, Jacobs said starting up in a new market typically costs $8 million to $9 million, so PenAir’s foregoing of an MRG — a staple of modern airport/airline negotiations — must mean the company is reasonably confident its northbound flights will catch on.

That doesn’t mean Humboldt County didn’t sweeten the pot. The California Redwood Coast Airport will offer fee waivers for terminal rental, fuel and landing fees for up to two years, at a cost of about $75,000 per year. Jacobs said that cost should be more than covered by additional car rental, parking and other revenue brought in by the added flights.

The goal of those fee waivers is to “keep costs down for airlines to keep ticket prices down and prevent them from leaving for another airport,” Jacobs said. And if a terminal space is sitting unrented, the airport’s not making revenue anyway.

“Another huge benefit that’s harder to count,” Jacobs added, is that “any competition [is] always healthy for the consumer.”

Jacobs said PenAir will most likely offer introductory prices on its Portland route. As of right now, a round trip to and from PDX costs $400, but Jacobs said that’s a baseline fee, a placeholder while the company finalizes its fare schedule and rollout. Initial prices for one-way flights from Crescent City to Portland came in as low as $74, according to a Lost Coast Outpost story.

Also beneficial to sky-gazing locals is that PenAir “codeshares” with Alaska Airlines, Jacobs said. That means that you don’t have to buy separate tickets for connecting flights through Alaska Airlines.

There will be growing pains, Jacobs said, both for the airline and the airport, as they introduce the new route. The most important thing to maintain the service, she said, is for people to use it.

“We’re really happy to see this come to fruition finally and really looking forward to showing [PenAir] some love.”