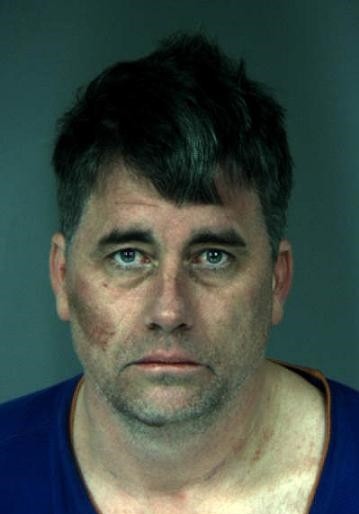 Jury selection is underway for the trial of Gary Lee Bullock, who faces life in prison without the possibility of parole if convicted on charges that he tortured and murdered St. Bernard’s pastor Fr. Eric Freed on New Year’s Day 2014.

Because of the notoriety of the crime and the projected length of the trial — it’s expected to stretch into April — it will likely take some weeks to empanel the 12-member jury and a handful of alternates.

Bullock has entered dual pleas of not guilty and not guilty by reason of insanity in the case, in which he faces charges and allegations of murder, carjacking, burglary, theft, arson and torture. Prosecutors allege Bullock, within hours of being released from jail after a public intoxication arrest, broke into the St. Bernard’s Catholic Church rectory and beat Freed to death before attempting to burn down the residence and stealing Freed’s car.

The insanity pleas in the case mean the trial will be broken into two phases. In the first, the jury will be asked to determine if Bullock is guilty of the charged crimes. If convicted, Bullock would then enter the sanity phase of the trial during which the jury would determine if he was legally sane at the time of the crimes. If deemed insane at the time of the crimes, Bullock would be committed indefinitely to a state mental institution.

To find a defendant not guilty by reason of insanity in California, a jury must decide the evidence shows the defendant both didn’t understand the “nature and quality of his act” and wasn’t able to distinguish between right and wrong at the time he or she committed the crimes. While criminal trials carry the beyond-a-reasonable-doubt threshold, the sanity phase is decided based upon a preponderance of evidence, meaning that to find a defendant insane, a jury would just have to decide that more evidence in the case points to insanity than sanity.

For more on the insanity defense as it relates to Bullock’s trial, see past Journal coverage here. For more on Bullock’s case in general, check out past stories here and here. And if you want to learn more about what we know of Bullock’s background, click here.