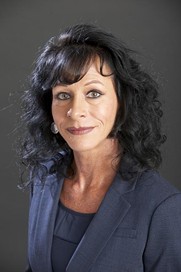 A former Humboldt State University program director and student mentor has settled the lawsuit she brought against the university last year, agreeing to accept $105,000 in exchange for dropping the suit and refraining from criticizing the school.

Jacquelyn Bolman, former director of HSU’s Indian Natural Resources Science and Engineering Program, alleged in the federal lawsuit that the university violated her free speech, due process and civil rights when she was fired in October of 2014. The firing, which Bolman claimed came in retaliation for her criticizing the university’s treatment of and advocacy for minority students, prompted weeks of student protests.

In the suit, Bolman, who is currently working for the Wiyot Tribe, demanded reinstatement to her position at HSU. That won’t be happening under the settlement, in which she has agreed not to seek employment at any California State University campus. The agreement also contains a mutual non-disparagement clause that prohibits both sides from speaking ill of the other.

In a statement, HSU points out that the agreement has yet to be signed by all parties, but indicates university officials are looking forward to putting the matter behind them.

“Humboldt State is eager to move forward now that this case is behind it,” the statement said. “The university was prepared to defend the case, but considers the resolution a good one. It was early in the process, and continuing to the end would have cost significantly more in legal fees.”

Bolman’s attorney, Peter Martin, was not immediately available for comment on this story. Read more about Bolman’s suit here, and the protests that followed her firing here.