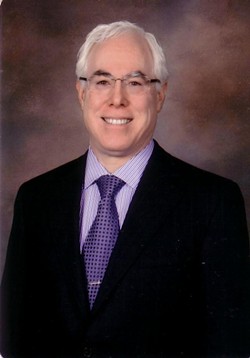 St. Joseph Health President David O’Brien will address the Humboldt County Board of Supervisors tomorrow morning to provide an update on the hospital’s efforts to become a certified Level III trauma center.

The hospital has never before sought trauma certification, but is now applying for the designation. Trauma centers in the United States are generally split into five levels, with the Level 1 being an all-inclusive center that is a regional resource and Level 5 being a facility that performs initial evaluations and stabilizations before transferring patients to higher levels of care elsewhere.

According to St. Joseph, a Level 3 trauma designation means the hospital would have the staff and equipment necessary to provide immediate care for patients with severe traumatic injuries, with a team of specialists on call 24/7. (For a more detailed breakdown on trauma levels, click here.) Gaining the certification would be a big deal locally, as it would result in fewer patients being sent out of the area for trauma care.

O’Brien is also slated to tell the supes tomorrow about the hospital's recent designation as a STEMI center, or a facility that exceeds national standards in treating patients with severe heart attacks caused by a blocked artery.

Eureka, CA (March 21, 2016) – Dr. David O’Brien, president of St. Joseph Health – Humboldt, will present an update on St. Joseph Hospital to the Humboldt County Board of Supervisors Tuesday, March 22 at 9:15 am.

Dr. O’Brien will discuss the hospital’s recent designation as a STEMI receiving center as well as provide an update on the status of the hospital’s certification process to become a Level III trauma center.

St. Joseph officially became a STEMI designation center on March 3. The designation means that St. Joseph exceeds national standards in the time it takes to treat patients for ST Elevation Myocardial Infarctions (STEMI), which are severe heart attacks caused by a blocked artery.

The hospital is in the implementation phase of applying for a Level III trauma designation. Trauma center designation means that the hospital has the staff and equipment necessary to provide immediate care for patients with severe traumatic injuries. Treatment is provided by a team of specialists who are on call 24/7.

Dr. O’Brien will discuss how these two programs reinforce the hospital’s commitment to providing the community with state-of-the-art care right here in Humboldt County.