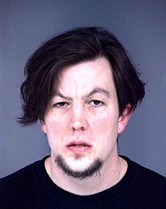 In December, the California First District Court of Appeals found Humboldt County Superior Court Judge John Feeney abused his discretion in granting a mistrial in the case and sent it back to Feeney for further proceedings. Yesterday, Feeney heard arguments from Russ Clanton, Littlefield’s defense attorney, and prosecuting Deputy District Attorney Andrew Isaac before ruling that the guilty verdicts reached in September of 2013 — which jurors came to after just three hours of deliberation — stand, according to Isaac.

Isaac said Feeney then asked both sides if they were prepared to proceed to sentencing, but Clanton said he was not and indicated he intends to appeal Feeney’s ruling denying his motion for a new trial in the case. Feeney then set sentencing for April 6, though that could be postponed if Clanton follows through with his planned appeal.

Littlefield was arrested in February of 2009 on allegations of repeatedly molesting Jane Doe, his then 8-year-old stepdaughter. He was brought to trial in 2012 but that ended with the jury deadlocked 11-1 in favor of convicting him on all counts. The second trial saw unanimous guilty verdicts on all counts, though the validity of those were brought into question by Clanton’s motion for a new trial, which argued that they should be thrown out because a juror mistakenly placed the burden of proof on the defense — not the prosecution.

For more information about the case, view past coverage here.