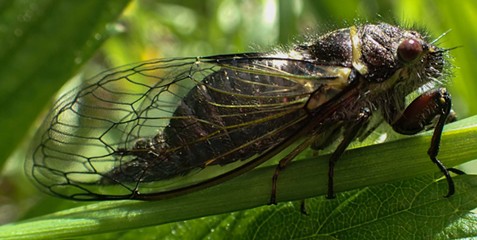 Walking through the woods near the Van Duzen River, something caught my eye low in the weeds along side the trail. On close inspection, I was surprised to see a cicada. I usually associate them with warm weather later in the year. It was pretty subdued so I was able to take plenty of photos up close before I finally decided to leave the poor creature alone. 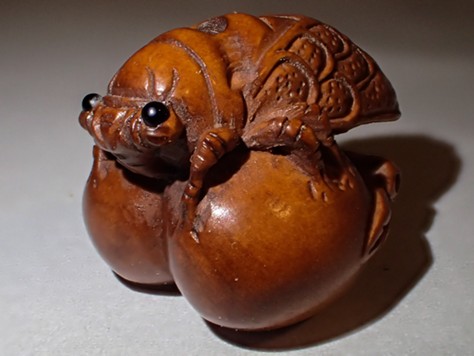 As always, identifying the animal is harder than acquiring the images. Online I found this “superfamily” of insects has an active fan base (to be expected, as the cicada figures in mythology of both the East and West as a symbol of immortality and rebirth) with websites like www.CicadaMania.com. Using its nifty online identification tool, I found my subject might be Okanagana vanduzeei. All this makes me wonder just how Van Duzen got to be the namesake of both a river and an insect. 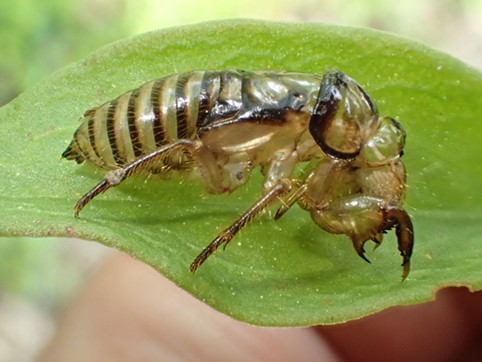 Most cicadas look and act pretty similar. As larvae they live in the ground drinking fluids from plant roots. When mature, they climb out and abandon their final larval skin (called an exuvia), clinging to low vegetation. The Eastern genus Magicicada, contains the the famous 13- and 17-year “locusts,” which aren't related to true locusts (order orthoptera, grasshoppers). After a 17-year subterranean existence, the members of a given “brood” emerge in great numbers, all within a few days of each other. They moult, the males congregating to sing their song for only a few weeks. They are probably the longest lived non-social insect. Sheer numbers and the long time between emergences overpowers the ability of potential predators to absorb them all, allowing sufficient numbers to mate, lay eggs and carry on their genetic heritage. 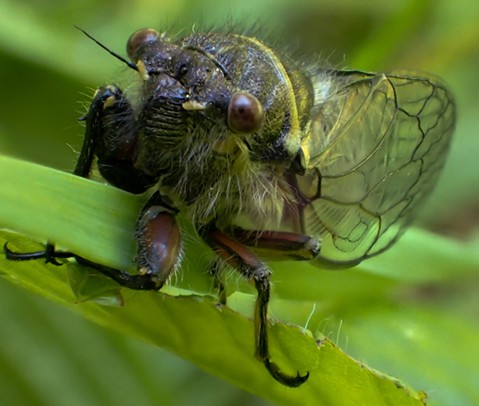 The short time they have for boy to meet girl requires some mechanism to increase their chances. That's where singing comes in. Male cicadas are probably the loudest insects. Each species has its own distinctive song to prevent confusion. Some males can generate as much as 120 decibels, loud enough to damage human hearing at close range. You can find recordings of these love songs here.