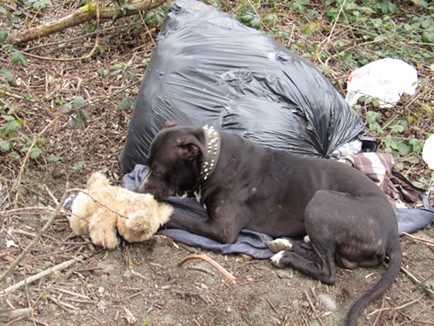 On Tuesday, the Eureka City Council voted 3 to 2, with council members Melinda Ciarabellini and Marion Brady dissenting, to allow camping in a city parking lot at Koster and Washington streets. The motion, which was a modified version of the Shelter Crisis Declaration approved by the council on Jan. 19, passed after a an hour and a half of discussion, debate and public comment.

While the sanctioned camping spot is temporary, from April 11 to June 10, the city insists it is not a “temporary sanctioned camp,” the term that has been a bugaboo for the city for more than a year, since the struggle to relocate campers in the Palco Marsh began. In an email to the Journal, Sparks said he believed the area escaped that designation by not allowing people to store their belongings onsite or providing restrooms. Sparks has said he sees the area as a “relief valve” for people who have been rousted from camping elsewhere in the city. The city will also be working with St. Vincent de Paul to create a temporary shelter using cots inside its facility.

In the city council meeting Sparks said, “We certainly recognize that neither one of these strategies are part of the city’s 'Housing First' strategy.”

But under questioning from the city council, which was divided along the same lines as for the original shelter crisis vote, cracks in city staff’s plan began to appear.

Ciarabellini asked if the area would be policed, if there would be any oversight or any costs to the city.
Sparks replied that he saw it as a low-enforcement area like the one currently in place behind the Bayshore Mall, and that the city might incur some “minimal costs” for Porta-potties and a Dumpster, a reversal of his statement to the Journal. Pressed to quantify how much the costs might be, Sparks said he didn’t have that information, but estimated a few thousand dollars.

Sparks said measures may not need to be taken as the city is still entertaining requests for proposals from nonprofits and working to get people into housing, adding that since people in the Palco Marsh area have been notified that they must leave by May 2, numbers have decreased “from 180 to 143.”

But some advocates counter that the drop in numbers is due to police harassment during weekly cleanups. A pervasive rumor, mentioned during public comment, is that police have told people their unlicensed, unvaccinated dogs will be taken and euthanized on May 2. In response, a local nonprofit, The Other Side of the Fence, has begun raising money to license and vaccinate animals. They have come close to reaching their $3,680 fundraising goal.

In response to this rumor, the Eureka Police Department formally stated that it “will not confiscate any dogs due to their license or vaccination status during the May 2 marsh removal. Dogs will only be taken to the Humboldt County Animal Shelter if the owner is arrested or in other extenuating circumstances (aggressive, abandoned, etc.). The city of Eureka does appreciate the efforts by this group to raise funds for licensing and vaccinating the animals of Eureka.”

EPD is also donating $3,000 to the Humboldt Spay Neuter Network to assist efforts to spay and neuter dogs.

Jaymeey Hatfield, founder of The Other Side of the Fence, insists individual officers have been threatening people with the removal of their pets. Hatfield’s group will be working with the Sequoia Humane Society tomorrow to shuttle dog owners to the county courthouse to help license the estimated 69 pets living rough with their owners.