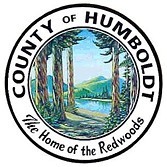 The Citizen's Advisory Committee on Measure Z has finished sorting through the 43 applications it received for funding, breaking the requests up into three categories: "must," "need" and "nice." The process, which involved six meetings and a public hearing, short-listed the "musts" for inclusion in the 2016-2017 fiscal year, the budget for which will be up for approval by the Board of Supervisors on June 7. The "needs" will return for consideration during the mid-year budget review, and the "nices" will probably not see a cent of the $5.93 million generated from sales tax revenue estimated to swell the county coffers this year.

At the top of the committee's recommendations is $2,231,397 for the Humboldt County Fire Chief's Association, to help purchase equipment for volunteer and rural firefighters, expand district boundaries and create a dedicated communications system. Humboldt Waste Management Authority and Humboldt County Public Works were allocated $40,000 and $10,000 respectively to address illegal dumping. The application from public works revealed that mitigation of illegal dumping and hazardous spills has been funded through road and park maintenance funds.

"These current duties are unfunded and therefore funds are being exhausted that should be going towards keeping our public roads adequately maintained and our parks safe to visit and enjoy," the application reads.

Public Works may also receive $1.5 million for road resurfacing; the department accrues around $10 million in deferred road maintenance every year.

A request by the Humboldt County Public Defender's Office for $629,722 to add eight new positions was relegated to the "nice" column, but an alternate request, for $43,346 was approved. According to the text of its proposal, the Public Defender's Alternate Counsel office will be eliminated and incorporated into the current Public Defender Conflict and Public Defender Main Office.

If approved, the Humboldt County Sheriff's Office may receive $1,261,316 in funding for four additional deputies and other positions, as well as an armored personnel carrier similar to the one recently returned by the Eureka Police Department.