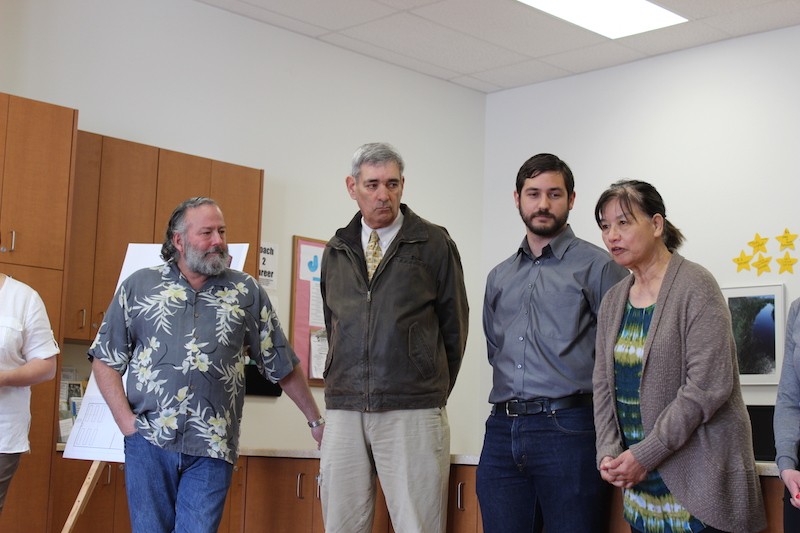 A bed, three meals a day and a door that locks: Small luxuries, but still more than many have. This is what the new partnership between the Betty Kwan Chinn Homeless Foundation and the Humboldt Coalition for Property Rights is promising for at least 40 of the currently homeless people living behind the Bayshore Mall, in the form of converted shipping containers. The partnership, dubbed the Greater Eureka Community Outreach Program, has solicited money and resources from a number of private and public donors in order to create a temporary space for those facing displacement from the Palco Marsh on May 2, but obstacles remain.

“We haven’t yet figured out the insurance,” said HumCPR founder Lee Ulansey at today’s press conference. “We have some promising but tentative leads.”

GECOP must also wait for the Eureka City Council to modify its Shelter Crisis Resolution, passed in January, to include their proposal so they can bypass some city codes. And they will likely have to get approval from the Coastal Commission for this development, as the shipping container village, to spring up at the Mercer Fraser parking lot at Third and Commercial streets, falls within the boundaries of the Coastal Zone. (Coastal Commission staff wasn't immediately available to answer the question this afternoon.)

Despite these potential hurdles, the project seems to be moving along at a pace unprecedented for this particular issue. Within a scant two weeks, the two organizations have scratched together funding from private donors and from the Humboldt County Department of Health and Human Services, arranged with the Betty Kwan Chinn Foundation to coordinate meals, supervision and counseling services, and purchased its first seven shipping containers, which will be converted to small 10 by 8 foot rooms with windows, beds, doors and shelving. The retrofitting of the containers will be performed by several local construction companies that are largely donating their time and materials.

“This is a miracle,” said Betty Chinn at the conference. “In 30 years, this is the first time ever business people approached me to work on this problem.” 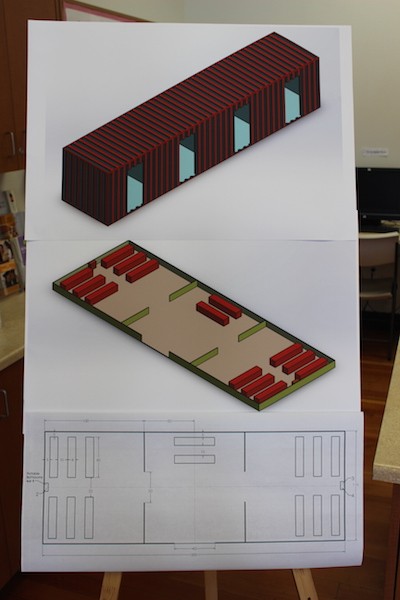 Hessian said Chinn has been personally networking with current marsh campers and that the shelters will be open on a “first come, first serve” basis. Singles, couples, people with mental illness, registered sex offenders and people with dogs will all be welcome. The only requirements are that people be ambulatory, over 18, that they be nonviolent and do not use drugs onsite. Staff from Chinn’s center will supervise the site and help connect clients with existing county services. Beck is expected to approach the Board of Supervisors in the coming weeks to request using $130,000 from the DHHS budget to pay for the shipping containers.

Although the city of Eureka is still entertaining requests for proposals for a temporary camp for Palco Marsh campers, the GECOP scheme falls outside of the RFP process. It is, however, a temporary camp, due to open on April 26 and close or move after six months.

“While their time at Mercer Fraser may be limited, shipping containers are portable,” said Ulansey, adding that a different “lucky person” might move them onto his or her property after six months.

It seems likely that the proposal will be accepted by the Eureka City Council next Tuesday.

“The council and myself are delighted that HumCPR has stepped up,” said Jager. “This affects the business community more than anyplace else. When [county Supervisor] Rex [Bohn] contacted me last week and mentioned this is in the works, I couldn’t have been more happy.”