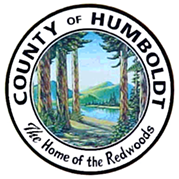 The Humboldt County Board of Supervisors approved a settlement agreement this week that includes the payout of $250,000 stemming from a fatal car accident on Avenue of the Giants involving a county employee.

On Jan. 3, 2014 county employee Keith Shuetzle was driving a Humboldt County Roads division truck southbound on Avenue of the Giants approaching Elk Creek Road when, for unknown reasons, he made a left turn directly into the path of a Toyota Corolla driven by 26-year-old Jaime Wheeler. Wheeler and a passenger, Jimmy Lincks Jr., both of Miranda, were injured in the crash and transported to Redwood Memorial Hospital, where they were treated and released.

But Lincks was readmitted to the hospital two days later and died of what appeared to be injuries sustained in the crash.

Wheeler and Lincks’ son, Jimmy Lincks III, filed a lawsuit against the county in 2014, alleging that Shuetzle’s negligence caused the crash, injuries to Wheeler and the wrongful death of Lincks Jr. The county denied the allegations.

The settlement agreement reached this week (attached in the PDF below) will result in the dismissal of the suit without any admission of wrongdoing.