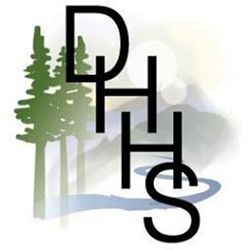 Steve Hughes says there's at least one positive outcome to his being passed over for promotion after a 26-year career with Humboldt County's Employee Training Division.

"I have an idea what discrimination feels like," he says.

Discrimination was something Hughes knew a lot about professionally. He was his division’s equal employment officer and disability program manager, making sure his workplace was up to code. It was one of the eight positions he had promoted into over his long tenure with the county. So when he and two other equally-qualified men in his department were rejected for a management position in 2010 for a less-qualified woman, he cried foul.

Evidently a jury agreed: On May 2 a long-delayed trial wrapped up, settling in Hughes’ favor and awarding him $60,000 in lost wages and $125,000 in emotional distress damages. Hughes claims that he had a physical reaction to the situation: He broke out in hives, developed migraine headaches and anxiety. He has since sought counseling for these issues and is doing better. After being assigned work unequal to his position, then transferring to a different division, Hughes left his job with the county to become a private consultant in 2011. The lawsuit, filed with Humboldt County Superior Court in 2010, alleges that Hughes’ supervisor discouraged him from filing a complaint and attempted to intimidate him. It also alleges that hiring practices within the Department of Health and Human Services have had a “disparate impact” on men within the department, meaning that under the guidelines of the federal Fair Housing Impact, hiring practices within DHHS were disproportionately biased against one sex, a protected class.

Hughes says management positions at the Department of Health and Human Services, of which Employment Training is a division, have gradually come to be dominated by women. He doesn’t see the imbalance as misandry, just a failure to properly embrace diversity in the hiring process.

“My training and experience tells me a culture has developed,” he says. “If you look at most theories of hiring, you’ll see there is a tendency to hire people like ourselves. You have to be careful to have diversity in the hiring process if you want diversity in the workplace. I was an auto mechanic years ago … back then a female auto mechanic really stuck out and women had trouble breaking into the field. Women brought the pressure up. Now there are women auto mechanics, women welders, which is as it should be.”

Of course, social services in the United States is largely dominated by women, with the Bureau of Labor Statistics reporting in 2013 that almost 84 percent of social service workers are women. Hughes’ attorney, Lawrence O. Eitzen, says, nevertheless, the amount of men in management should be proportionate to the amount employed by a department.

“I think there should be an opportunity for the less dominant gender to be selected. In this particular circumstance, 2000-2012, the county selected 17 individuals into middle management. Sixteen of them were women. One male, Mr. Howard Acosta, left after seven months and was replaced by a woman. That does not reflect an equal opportunity.”

Dan Fulks, the county’s Human Resources director, did not return our emails regarding this issue. DHHS Director Connie Beck could not comment on the specifics of this case, saying only that her department is “committed to providing equal opportunities.”

In 2015 DHHS contracted with an outside consulting firm – W. Brown Creative Partners – to conduct a review and analysis of the organization. The report, which cost $88,000 to compile, was presented to the Board of Supervisors on Sept. 22, 2015, and entered into evidence during Hughes’ trial. Among the findings of the consultants include complaints from staff about favoritism in hiring and promotional practices, reports that “employees feel intimidated and perceive a fear-based culture,” and that there is poor communication throughout the organization as well as “no safe zones to give negative feedback.” The consultants also reported concerns across focus groups about a management structure that is too “top heavy” and redundant.

“The staffing configuration at the top of the organization is not conducive to fostering a responsive, proactive or transparent agency,” the report concludes, and recommended an organizational restructuring.

Beck said that some of the recommendations of the report have yet to be implemented as she is currently assembling a blue ribbon task force to study the report and the issues it raises. The task force, once assembled, will meet once a month for six to eight months before giving their recommendations.