Garberville Court Closed Due to Mold 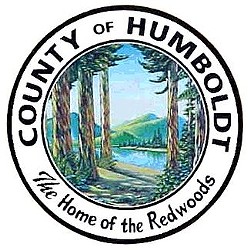 The Garberville branch of the Humboldt County Superior Court has been closed due to mold issues, reports Humboldt 2nd District Supervisor Estelle Fennell. A recent inspection confirmed that there was enough mold in the walls to constitute a health threat.

The Garberville court is an arraignment, pretrial court on criminal misdemeanor matters and other low-level offenses for people in the Southern Humboldt area. We were unable to get a number on the volume of cases that go through the court, but it sounds as though a substantial amount of people will be inconvenienced by the closure. Fennell says she is scouting potential temporary locations for the court, possibly the College of the Redwoods campus in Garberville. In the forseeable future, her constituents will have to make the long trek to Eureka.

Public Defender Kevin Robinson said  the emergency made for rather chaotic scene as his office arrived to defend its indigent clients this morning.


"I attended the makeshift court proceedings on the steps outside the courtroom this morning," he told the Journal in an email. "Judge [Joyce] Hinrichs called the cases from the steps outside the courtroom, apologized for the sudden closure, stating that safety issues exist but that the court was committed to working with the county in finding alternative locations for south county residents as soon as possible. The people who appeared and were on the docket for today were all rescheduled for court dates in July and August in Eureka."

Getting from point A to point B in rural Southern Humboldt is difficult enough (consider a trip from Shelter Cove to Garberville, which is 24 miles over rough and winding roads), but the additional 67 miles tacked on for a trip to Eureka is an additional burden for clients who have transportation issues.

"For the clients who no longer have the option of appearing closer to their homes in south county, the increased hardship in travelling to Eureka for arraignment, office appointments and pretrials will be present and may make it harder for people to get to court in Eureka, particularly at 8 a.m. for arraignment," wrote Robinson. "If so, the in custody arraignments that may result in more failures to appear that will increase the hardship on clients and workload on the main and conflict offices."