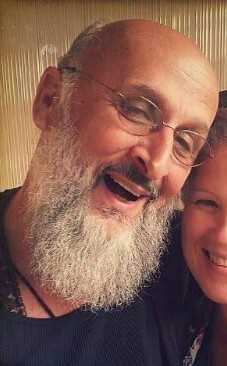 A Blue Lake man who went missing just over a week ago is now wanted for alleged repeated sexual abuse of a 9-year-old.

The Humboldt County Sheriff's Office announced last week that the wife of 68-year-old Roy Alan Gibbs reported him missing on May 30 after he went for a walk and didn't return. The sheriff's office has asked the public to look for Gibbs, but warns not to try to apprehend him as he may be armed.

Today, the sheriff's office says it received reports the day after Gibbs went missing that he had sexually assaulted a girl for years. After interviewing the girl yesterday, detectives were granted an arrest warrant for Gibbs.

He is suspected of continuous sexual abuse of a child, lewd or lascivious acts with a child under 14 using force or fear, providing harmful matter (pornography) to a minor, aggravated sexual assault of a minor (oral copulation), and terrorist threats.

The sheriff's office is still seeking Gibbs. He is a white male adult, 6 feet 1 inch tall, 210 lbs, with brown eyes and bald. He was last seen wearing black pants, a black tank top and brown sandals.

On Tuesday, May 31, 2016 at about 5:19 p.m., the Humboldt County Sheriff’s Office responded to Blue Lake Elementary School to assist Child Welfare Services (CWS), with reported sexual assault case. CWS created a safety plan for the victim and the victim was safe with her mother.

Detectives were called out and served a search warrant on the suspect’s residence in the 100 block of Raymar Avenue in Blue Lake.

On Tuesday, June 7, 2016, a forensic interview was conducted with the assistance of the Humboldt County Child Abuse Services Team (CAST). During the interview, the 9 year old female victim disclosed repeated sexual abuse that occurred over several years.

The charges on the warrant are continuous sexual abuse of a child, eight counts of lewd or lascivious acts with a child under 14 using force or fear, providing harmful matter (pornography) to a minor, aggravated sexual assault of a minor (oral copulation), and terrorist threats.

Gibbs was reported missing to the Sheriff’s Office on Monday, May 30, 2016. A search was conducted and deputies were unsuccessful in locating Gibbs.

If you know the whereabouts of Roy Alan Gibbs, please contact the Sheriff’s Office immediately. Do not attempt to apprehend Gibbs as he is possibly in possession of a firearm. Anyone with information related to this case is requested to contact Detective Scott Hicks at (707) 445-7301.

On Monday, May 30, 2016 at about 8:40 p.m., the Humboldt County Sheriff’s Office received a report of a missing person. The reporting party stated her husband, 68 year old Roy Alan Gibbs, left their residence around 12:30 p.m. in Blue Lake to go on a walk. When Gibbs did not return after a couple of hours, the reporting party and family members began searching for him. They were unsuccessful in locating Gibbs and called the Sheriff’s Office when it started to get late.

Deputies searched for Gibbs and were unable to locate him. Deputies also searched businesses Gibbs was known to frequent, without success.

The search for Gibbs continued Wednesday, June 1st. Gibbs has yet to be located.

Gibbs is described as a white male adult, 6’01”, 210 lbs, with brown eyes, and bald. He was last seen wearing black pants, a black tank top, and brown sandals. Gibbs is a Vietnam War veteran, and was awarded the Purple Heart.

If anyone comes across Roy Alan Gibbs, please contact the Sheriff’s Office at 707-445-7251