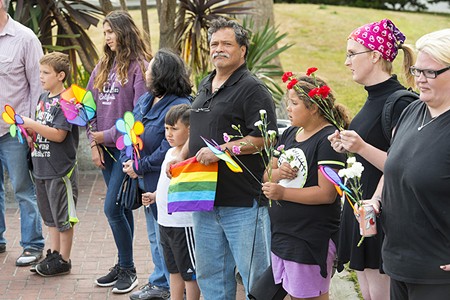 Like communities across the country, Humboldt County residents showed their support on Monday for the victims and families of the mass shooting at Pulse, a gay nightclub in Orlando. More than 50 people gathered with signs and rainbow flags at the county courthouse to hold hands and hear the names of the 49 victims read aloud.

Local drag performer Nova Six says, "It was an empowering vibe and it was supportive ... we were showing our unity not just with the members of the LGBT community but with the Muslim community as well." Imam Jamila Tharp of the Redwoods Unity Mosque Initiative spoke at the vigil, along with the Sisters of Perpetual Indulgence and Club Triangle organizers.

Several members of the local drag community attended in full costume. "We wanted to show that we're visible and we're not going to hide our self expression," says Six. "They want us to go back into hiding; they want us to pretend we don't exist, and we weren't about to let them have what they wanted."

And, in case you were wondering if angry homophobia was just for religious extremists in far-flung cities, while most passersby were supportive, Six says a couple drove by "screaming, 'You deserved this, fuck Orlando,' flipping us the bird." Mostly the crowd shrugged it off, choosing instead to focus on the vigil. "It's our reality."

While the specter of the killings will undoubtedly linger — Six heard about the violence while in the green room for a performance with vigil organizer Anita Lemonparty last weekend — the upcoming Club Triangle LGBT night at The Jam is still on. "We don't want to hide," says Six, "and we're not going to let fear prevent us from living our lives."

See the slideshow below for Mark McKenna's photos of the vigil. 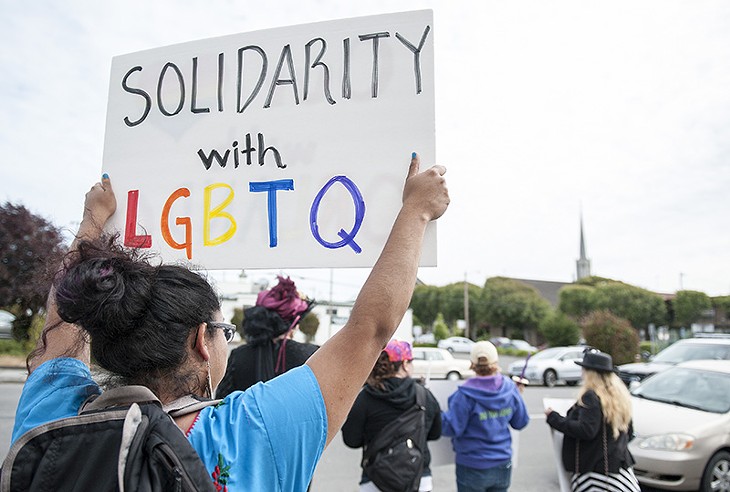 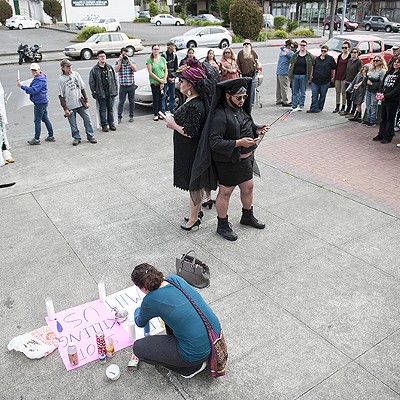 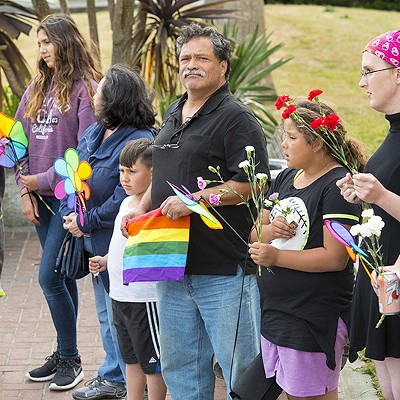 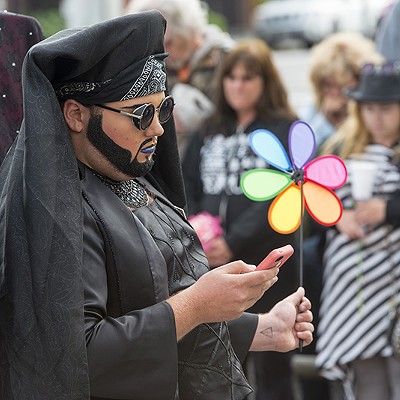 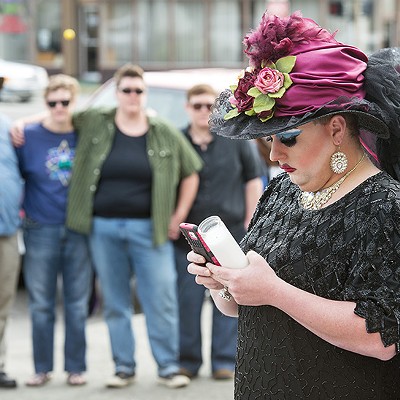 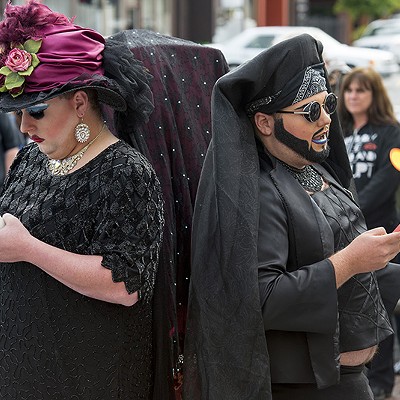 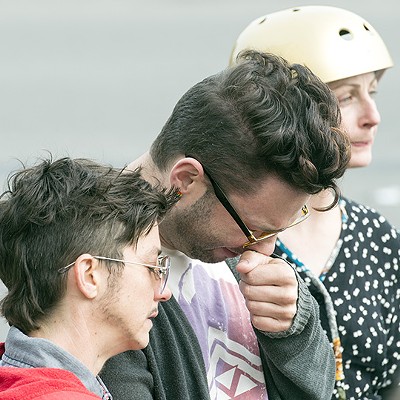