Grand Jury Blasts Behavioral Health Board for Lack of Oversight 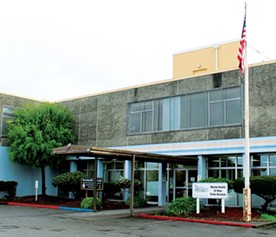 The Humboldt County Behavioral Health Board, which is statutorily tasked with oversight of the delivery of mental health services locally, has been largely ineffective, making few recommendations and failing to deliver its mandated annual reports to the Board of Supervisors, according to a recent report by the Humboldt County grand jury.

The grand jury is recommending that the board not only submit its past due reports but that it also undergo “training to fully understand its duties and roles, and to proceed proactively to carry out the requirements” of state law. The grand jury’s report notes that the 15-member behavioral heath board is made up of “well-intentioned” people who are “well versed” on mental health issues, but it says the volunteer board members are “overwhelmed due to the amount of work.”

That work, according to the report, consists of sitting through monthly meetings in which administrators with the county Department of Health and Human Services and its Mental Health Branch made presentations. “The board did not proactively engage in making recommendations, advise (the board of supervisors) or evaluate procedures and programs,” the report states.

The report notes that this state of passivity continued even after a county consultant, W. Brown Creative Partners, issued a report that was critical of the culture within the department and “described serious and ‘special problems’ within the mental health branch." It also continued even as most of the branch’s psychiatrists resigned in 2015, setting off a widely publicized crisis within the department. Grand jury interviews, the report states, “confirmed that there was no discussion of either the Brown Assessment Study or the mass resignation of physicians by the (Behavioral Health Board).”

The grand jury's recommendation is that the behavioral health board expand its membership, catch up on its past-due reports, undergo training and “study and then proceed to proactively carry out the requirements” of state law. Further, the grand jury is recommending that the board of supervisors more actively oversee the board and that it ensure the behavioral health board has “sufficient resources and authority” to fulfill its duties.

A press release from the grand jury is copied below and the full report is available in PDF form below.

The Humboldt County Behavioral Health Board

The 2015-2016 Humboldt County Civil Grand Jury (HCCGJ) received several complaints regarding the Mental Health Branch of the Department of Health and Human Services (DHHS). Those complaints conveyed dysfunctional work guidelines, distrustful working relationships, unresponsive upper management, mass resignations, and an unsupportive work environment. The complaints reflected the concerns of a broad base of community mental health advocates and Mental Health Branch staff. The number of complaints and the wide spectrum of those filing complaints instigated this HCCGJ investigation.

While many Humboldt County department heads and elected officials could have been more proactive in identifying problems within the Mental Health Branch of DHHS, this role is specifically assigned to the Humboldt County Behavioral Health Board by the Bronzan-McCorquodale Act of 1991. The HCCGJ finds that the BHB failed to exercise this important role.

A review of the BHB actions revealed few recommendations, fewer comments on policies, little advice to governing bodies, and seldom reviewed or evaluated community mental health needs. The Minutes from the board’s meetings reveal the BHB’s time was primarily spent listening to reports from the DHHS and Mental Health Branch employees. The Humboldt County Civil Grand Jury could find no evidence that mandated annual reports had been filed for several years with the Board of Supervisors.

Cooking for the Feast
Top Stories