HumBug: A Day in the Marshes 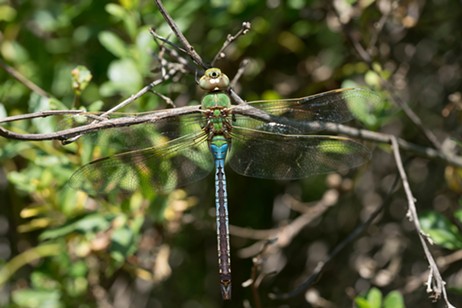 Last Friday a friend treated me to my first stroll through the Arcata Marshes. Contrary to the preconception the name gave me, I did not need hip boots or have to battle alligators. Although it's a place well known to local birders, there were few birds to be seen. What I did see were some great views and remarkable insects. The continuous breezes kept the air free of mosquitoes. The neatly tended wide gravel paths allowed me to stay far enough away from the grasses to be safe from ticks. It is a lovely place and I will visit again.

Among the dragonflies I saw was a “lifer” for me, a black saddlebags (Tramea lacerata) put on a show for us, darting here and there in the lee of a willow bush. Although it would not alight or stand still even briefly, I took dozens of shots and managed a couple good enough to help me verify my initial identification. This species is one of the four species monitored by the Migratory Dragonfly Partnership, so I will enter it into their database. 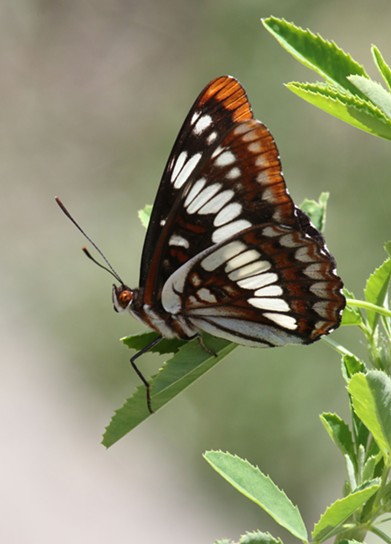 I also saw a blue-eyed darner and a common green darner dragonfly. There were others, but they were either too fast or too far away for me to identify. We saw a few western tiger swallowtails, an anise swallowtail, a Lorquin's admiral, and several cabbage butterflies.

An online friend who monitors such things noted that she did not have the Black Saddlebags in her database of species in the marshes. Now, my photo and report can be added to them. Although there will be no ticker-tape parade or warm handshake from the president I do like adding to what is known when I can.