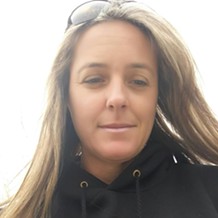 An initial CHP investigation indicated the mother of one of two teenage girls who died after a July 12 hit and run crash was the driver and that she showed signs of intoxication shortly after the collision, according to a search warrant affidavit.

“At that point, however, there was no evidence establishing her as the driver of the Jeep and a chemical test to determine her level of intoxication was not sought,” states the document, which was made public today.

Described as one of two “parties of interest” by the CHP, the investigation also indicated Marcia “Marci” Kitchen “concealed the Jeep behind her residence immediately after the collision and has since made attempts to dissuade her son from providing a statement to law enforcement,” according to the document.


The affidavit does not specify where investigating CHP Officer Chase Adams made his observation that Marci Kitchen was reportedly showing symptoms of being under the influence, but states it was “moments after the collision.”

Her attorneys have said she is ready to surrender to law enforcement but no arrests have been made in the case, as CHP is asking her to cooperate with the investigation by making a voluntary statement.

Calls to Marci Kitchen’s attorneys were not immediately returned.

Officers from the CHP and Fortuna Police Department found the two girls after responding to Eel River Drive after receiving a report of a hit and run crash just after 9 p.m. on July 12.

Faith Tsarnas died at the scene and Kiya Kitchen succumbed to her injuries the next day at an Oakland hospital.

The brother of Kiya Kitchen told investigators he was at the family’s Becker Lane home — about a mile from the scene of the accident — with a friend on the night of July 12 when the girls said they were going longboarding.

“Sometime later, ‘Josh,’ (Marci’s boyfriend) came in and told them there had been an accident on the quarter mile with some kids,” an affidavit by CHP Special Agent Paul Craft states. “(The brother and his friend) drove out to the scene and saw that it was Kiya and Faith. Josh and Marci showed up shortly after that in Josh’s black Chevy.”

Joshua Pearlston has also been described a party of interest in the case.

It was not clear when they arrived at the scene or what, if any, interaction they had with officers there.

When contacted by the Journal today, CHP Sgt. Michael Campbell stated through a woman who answered the phone at the office that no updates were being released at this time. Inquiries about the warrants to search Marci Kitchen’s house and obtain her phone records were directed to Officer Cy May, who is out of the office for the day.

The CHP has released few details over the last two weeks, asking in a recent press release for the public’s patience, stating “this is a very complex case and we have to be thorough to ensure those who are responsible are held accountable for their crimes.”

The brother’s friend told officers that Marci Kitchen’s gray Jeep Wrangler was not at the Becker Lane home when they left for the accident scene but was there when they returned, according to the court documents. He also said he was sure the Jeep had not driven past him while he was on Eel River Drive.

A badly damaged gray Jeep registered to Marci Kitchen was found in her backyard on July 13, further shaking a community already reeling from the deaths of the two girls.

Despite claims from Marci Kitchen’s attorneys that they informed police of the vehicle’s location, its recovery appears to have already been underway when the attorneys reached out to police. According to the affidavit, a Fortuna police officer had already tipped CHP off to Marci Kitchen’s owning a vehicle matching the one involved in the crash and an officer had already spotted the car in Kitchens’ backyard through a neighboring fence.

Another search warrant filed in the case indicates that investigators are also seeking records for Marci Kitchen’s phone for the period of July 11 to July 19.

Craft’s affidavit states that he knows from “experience that persons involved in these types of collisions will often call or text other persons for assistance” and that there was probable cause that she used the phone to attempt to delay or obstruct the investigation.