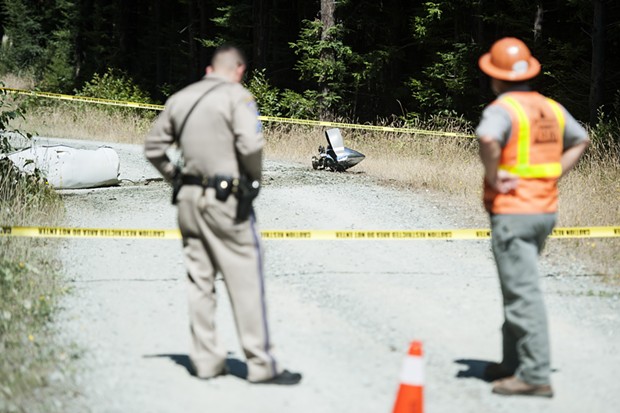 4th UPDATE:
The Humboldt County Sheriff’s Office today identified the four Crescent City residents who died Friday after the medical transport plane they were in crashed in timber land north of McKinleyville.

Pilot Larry Mills, 54; flight nurse Deborah Kroon, 49; flight paramedic Michelle Tarwater, 30; and patient April Rodriquez, 35, were found inside the wreckage of the aircraft that was bound for the Bay Area.

Mills, who had 20 years of flying experience, radioed at 1 a.m. that he was returning back to Crescent City due to smoke in the cockpit. The plane went off radar about 5 miles north of Arcata shortly after the call.

The crash site was found at 10 a.m. on Friday and National Transportation Safety Board investigators were at the scene over the weekend.

3rd UPDATE:
A statement on the Cal-Ore Life Flight website states the company has been informed there were no survivors on the medical plane carrying four, including a patient, that crashed on timber land near McKinleyville on Friday.

“This is one of the saddest moments in our history. We have been told there were no survivors. First and foremost, our thoughts and prayers are with the families of the patient and our crewmembers,” a posting on the company website states. “Until we have positive confirmation from the local authorities, we cannot release the identification of those on board. We have critical incident stress management (CISM) teams in the area and we are doing all we can to help those involved. We will provide more information as soon as all family notifications have been made.”

2nd UPDATE:
The National Transportation Safety Board will arrive on scene at 11 a.m. tomorrow to investigate the plane crash north of McKinleyville that killed at least two people early this morning, the county of Humboldt announced in a press release.

The scene has been secured by the Humboldt County Sheriff's Office, the release states, and efforts continue to find the two unaccounted for passengers on the Cal-Ore Life Flight that went down after departing from Crescent City at about 12:30 a.m.

Local photographer Mark McKenna made it to the crash scene this morning and shared the following photos. 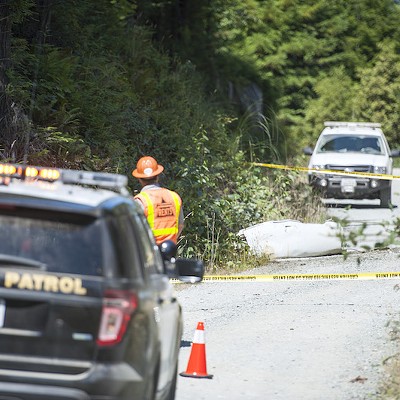 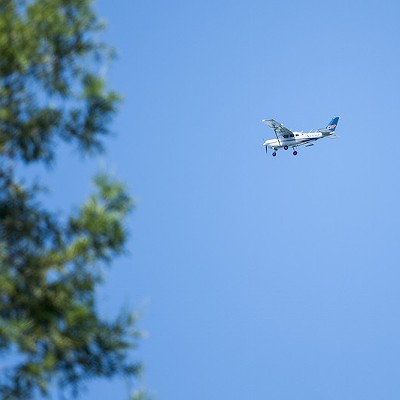 1st UPDATE: (posted 11 a.m.)
Rescue crews have located wreckage believed to be that of a missing Cal-Ore Life Flight that departed Crescent City early this morning bound for Oakland but went missing somewhere near Arcata, and two fatalities have been confirmed.

Scanner traffic indicates the wreckage was found in two debris fields on Green Diamond property north of McKinleyville, and that crews located two possibly deceased people. According to a statement released by Cal-Ore Life Flight this morning, the flight departed from Crescent City shortly before 12:30 a.m. carrying four people — a pilot, a transport medic, a flight nurse and a patient.

Humboldt County Sheriff’s Lt. Wayne Hanson said this morning that rescue crews set out early this morning looking for the plane. They gathered at the coordinates were it was last captured on radar, and fanned out from there on foot and all-terrain vehicles.

The county of Humboldt just issued a press release confirming that crews have located the wreckage site, and that two fatalities have been confirmed at this time.

PREVIOUSLY (posted at 8:33 a.m.)
The Humboldt County Sheriff’s Office is searching for a missing airplane that was believed to be carrying three people from Crescent City to Oakland early this morning before the pilot declared an emergency and the plane disappeared from local radar.

According to a brief press release, the twin engine Piper PA31 was in the Arcata area when the pilot reported smoke in the cockpit around 1 a.m. today and reported he was returning to Crescent City. “Radar contact with the aircraft was lost about 5 miles northeast of Arcata Airport,” the press release states.

The sheriff’s office has launched a search for the plane, which carries the tail number N661TC.


The following was sent from the sheriff's office this morning:

This is all of the preliminary information we have on a missing plane in the Arcata area:

The pilot of a twin-engine Piper PA31 declared an emergency due to smoke in the cockpit around 1 a.m. Friday.

The plane was flying from Crescent City to Oakland.

The pilot indicated he was going to return to Crescent City.

Radar contact with the aircraft was lost about 5 miles northeast of Arcata Airport.

We believe there were three people on board.

The Humboldt County Sheriff is searching for the aircraft.