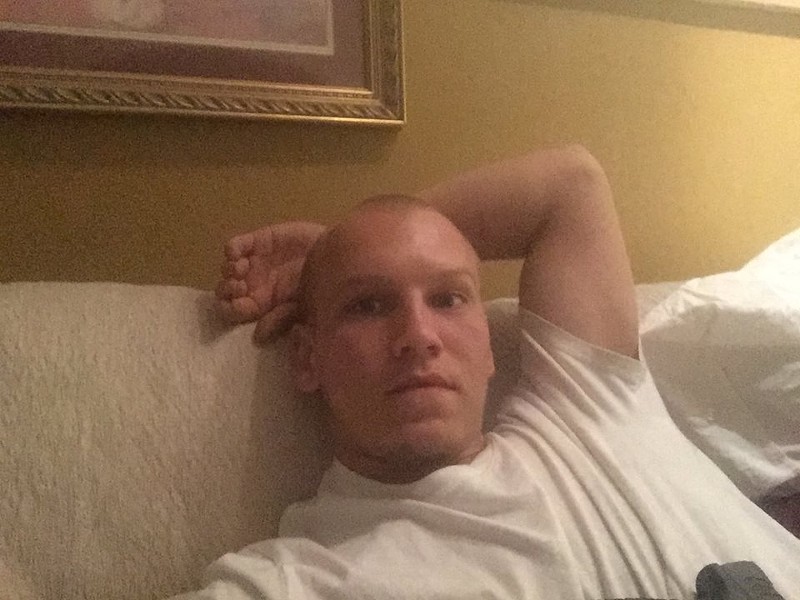 A District Attorney’s Office review found a California Highway Patrol officer acted in self-defense when he fatally shot a man after a routine traffic stop turned into an exchange of gunfire on a Eureka street last November.

In a news release today, District Attorney Maggie Fleming said she has spoken with the family of Killian O’Quinn, who was 20 and allegedly initiated the deadly exchange, about her decision.

Officer Stephen Curtis, who was wounded in the Q Street shoot out on Nov. 1, was lauded by Eureka Police Chief Andrew Mills in the following days for his discipline during the tense incident.

That included attempting to disarm O’Quinn before exchanging fire, holding the four occupants of the suspect’s car at gunpoint while waiting for backup, and politely directing citizens away from the scene despite being shot himself.

O’Quinn’s toxicology report showed the 20-year-old had a blood-alcohol level of 0.18, more than twice the legal driving limit, and oxycodone in his system at the time of the shooting.


Humboldt County District Attorney Maggie Fleming has completed her review of the investigation into the law enforcement officer-involved shooting that resulted in the death of Mr. Killian O’Quinn on November 1, 2015.

The following summary is based on the District Attorney’s review of the Critical Incident Response Team (CIRT) report, all recorded statements and audio/video recordings obtained during the course of the investigation, as well as autopsy and toxicology reports.

On November 1, 2015, California Highway Patrol (CHP) Officer Stephen Curtis was on duty in a marked patrol vehicle, wearing his full uniform. At 4:24 pm he was parked on the west side of Highway 255 south of New Navy Base Road, near Samoa, monitoring traffic. A driver pulled up to the patrol car to alert the officer of a green vehicle passing across double-yellow lines and running other vehicles off the road. Officer Curtis then began a search for the vehicle by travelling towards Eureka over the Samoa Bridge. His patrol car Mobile Video Audio Recorder (MVAR) provides information from this point.

At 4:26 pm Officer Curtis caught up to the vehicle, a green Chevy Impala, and began narrating his observations including his reason for a traffic stop. He activated his overhead emergency lights and the Impala signaled to make a right turn onto 4th Street (US101 South). Officer Curtis stated that he can see five occupants in the Impala. The Impala then turned right onto Q Street and pulled over to the curb.

Officer Curtis approached the left side of the vehicle and spoke to the driver, later identified as Killian O’Quinn. The Officer asked, “How’s it going?” and explained the reason for the stop, stating he had a report of “driving like crazy” near the mill. Officer Curtis asked for O’Quinn’s license, registration and insurance. Officer Curtis continued to ask questions and occasionally repeated what is said by O’Quinn.

After a pause he again asked for registration and insurance and suggested it might be in the glove box since it is supposed to be in the car. After again not receiving the requested documents, Officer Curtis asked who owned the vehicle. He then asked questions related to O’Quinn’s statements about staying at a hotel. The Officer then said, “No one’s got ID?”

After standing at the driver’s door for about two minutes the Officer told the driver to step outside and instructed O’Quinn to “Get your hands where I can see them, don’t even think about bolting dude.”

After a slight pause, Officer Curtis asked, “Are you thinking about something?” to which O’Quinn replied, “I’m just thinking about how f—-ed my life is.” The Officer then said, “It’s not, you got pulled over, so there’s beer in the car, I’m not interested about that right now. I want to talk to you outside though.” Officer Curtis followed that directive by telling O’Quinn, “Come on out. You got 3 seconds. Come on, I’m a nice guy.”

As O’Quinn exited the vehicle a struggle began and Officer Curtis attempted to push O’Quinn onto the rear of the Impala. During the struggle a gun (later identified as a Springfield .45 caliber semi-automatic pistol) is visible in O’Quinn’s right hand. Officer Curtis told O’Quinn to, “let go of the gun” and reached for his own firearm after he was unsuccessful in disarming O’Quinn. O’Quinn crossed his own body with the gun and fired two rounds under his left arm, striking Officer Curtis, who was behind him. While being shot, Officer Curtis distanced himself from O’Quinn and fired several rounds at him with his CHP-issued Smith & Wesson .40 caliber semi-automatic pistol.

The first emergency units (Eureka PD, Humboldt Bay Fire, City Ambulance) arrived at 4:36. Eureka PD Officers removed the four passengers (3 men and 1 woman) from the Impala, who were later interviewed by members of the CIRT. Paramedics with Humboldt Bay Fire and City Ambulance, provided on-scene medical care to O’Quinn (including CPR) and Officer Curtis. Both were ultimately transported to St. Joseph Hospital for treatment. At one point during his medical care, O’Quinn vomited. Medical staff noted the heavy odor of alcohol. At approximately 5:10 pm, the treating physician pronounced O’Quinn deceased. Officer Curtis’ medical treatment included the removal of a bullet from his upper right thigh.

The description of the incident by all four passengers and a witness who lived in the neighborhood coincided with the recording. Passengers also made clear that O’Quinn had been driving recklessly. At one point a passenger offered O’Quinn money to drive “normally.” The front passenger stated he initially thought O’Quinn was hiding a beer in his lap and later realized it was a gun. Several passengers gave the opinion that the officer acted appropriately; one stated, “The officer’s life was in danger even before he knew it.”

Dr. Mark Super conducted the autopsy of Killian O’Quinn on November 4, 2015. He determined the cause of death was multiple gunshot wounds. According to the toxicology report, O’Quinn’s blood alcohol was 0.18 (more than double the level for an impaired driver) and he also had oxycodone (0.06 mg/liter) in his system.

From all the evidence and witness statements, the District Attorney finds the shooting was a justifiable homicide under Penal Code section 196(2) which states: Homicide is justifiable when committed by public officers and those acting by their command in their aid and assistance, (2) when necessarily committed in overcoming actual resistance to the execution of some legal process, or in the discharge of any other legal duty. Faced with a clearly lethal threat, Officer Curtis fired his weapon in self-defense.