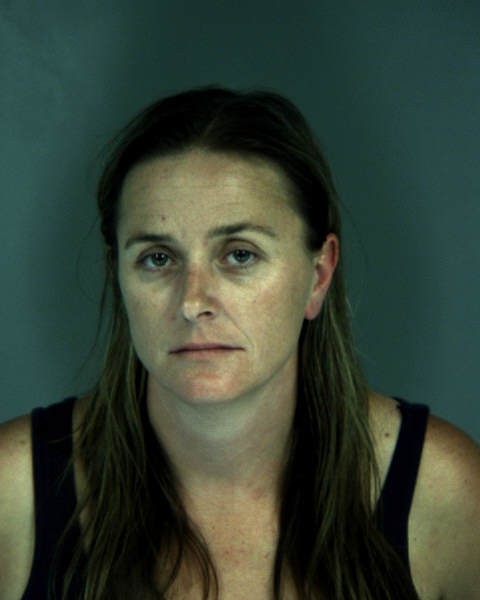 2nd UPDATE:
Marcia "Marci" Kitchen pleaded not guilty to both charges facing her this afternoon and denied all special allegations during a brief arraignment. She's next scheduled to appear in court Sept. 29, with a hearing set Oct. 6 to determine if there is enough evidence to hold her to stand trial in the case.

UPDATE:
According to a criminal complaint filed by the Humboldt County District Attorney’s Office, Marcia “Marci” Kitchen has been charged with one count of vehicular manslaughter without gross negligence and one count of DUI causing injury. She also faces special allegations related to there being multiple victims and her fleeing the scene of the crash.

A statement of probable cause compiled by DA investigator Adam Jager in order to get a warrant for Kitchen’s arrest sheds additional light on the case. According to the document, Kitchen was seen returning to her residence minutes after the collision in her gray Jeep Wrangler, which police later found concealed behind a fence in her backyard less than two miles from the crash scene on Eel River Drive. “Within 10 minutes,” Kitchen returned to the scene of the crash, where multiple officers observed that she was “extremely intoxicated,” according to the document.

“During the lengthy investigation, it was determined that Marcia Kitchen was in fact the driver of the Jeep when it struck the two pedestrians, one being her daughter,” Jager’s statement reads. “This is based on the following facts: The vehicle is registered to her, it was located concealed at her residence, the Jeep’s driver’s seat was adjusted for someone of her stature, there is physical evidence that confirms the Jeep is in fact what struck the victims and Kitchen made statements to friends and family after the collision that she is the one who was driving her Jeep when the pedestrians were struck.”

Kitchen is scheduled to be arraigned in the case this afternoon and is free after posting $750,000 bail.

Marcia "Marci" Kitchen, a Fortuna woman suspected of being the driver in a July hit and run crash that killed her daughter and another teenage girl, was booked into the Humboldt County jail Wednesday on suspicion of vehicular manslaughter while intoxicated. She was released after posting bail, according to the Humboldt County Sheriff's Office's online booking sheet.

Kitchen has been the focus of a two-months-long investigation by the California Highway Patrol since the days following July 12, when her 14-year-old daughter Kiya Kitchen and her friend, Faith Tsarnas, also 14, were struck and killed while riding skateboards on Eel River Drive just after 9 p.m.

Kitchen posted bail at 9:18 p.m., according to the booking sheet, on a warrant issued by the Humboldt County District Attorney's Office for a suspected violation of penal code section 191.5(b), vehicular manslaughter while intoxicated. Kitchen's attorney, Ben Okin, said she surrendered to authorities as he repeatedly said she would in the event a warrant was issued for her arrest.

For background on the case, see past Journal coverage here. We'll update this post with additional information as we get it.

Press release from the Humboldt County Sheriff's Office (Note: the press release incorrectly states one of the charges facing Kitchen, as she was charged with vehicular manslaughter without gross negligence):


Editor's note: This post was updated from a previous version to correct an error regarding the penal code section Kitchen is alleged to have violated and the time she posted bail.