No Charges in Fatal June Crash 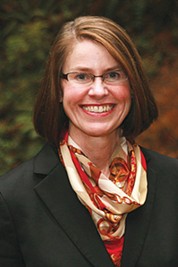 The Humboldt County District Attorney's Office has opted not to pursue criminal charges against a 21-year-old woman who lost control of her truck on State Route 299 in June, killing a hitchhiker she'd picked up earlier in the day.

The California Highway Patrol arrested Adryan Nicole Pollock, of Eureka, on June 16 at the scene of the crash, after she'd lost control of her Dodge pickup, causing it to roll and eject Hugh Grant Jr., 78, of Klamath, who wasn't wearing a seatbelt. Grant was pronounced dead at the scene.

CHP Sgt. Jeff Borgen said the responding officer decided to arrest Pollock on suspicion of vehicular manslaughter in an abundance of caution, in part because Pollock didn't have "satisfactory identification" with her and there was some question about her identity.

In an email to the Journal, District Attorney Maggie Fleming explained that evidence in the case indicates Pollock swerved her truck to avoid an oncoming vehicle that had crossed over into her lane, resulting in the rollover crash that ejected Grant. Neither alcohol nor drugs were believed to be a factor.

"We concluded this was a tragic accident that did not involve criminal liability," Fleming wrote.

See past Journal coverage of the accident here.