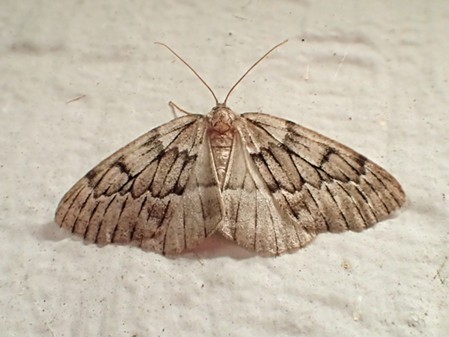 The black lights of my “light trap” don't make for a regular trap; the insects are free to come and go as they please. That's the trick, though — the lights are irresistible.

Moths, of course, come by the dozens, but there are others. An opportunistic praying mantis seeks an easy dinner. A burying beetle shows up and a really big California prionus (Prionus californicus). And this time of year, the termites. 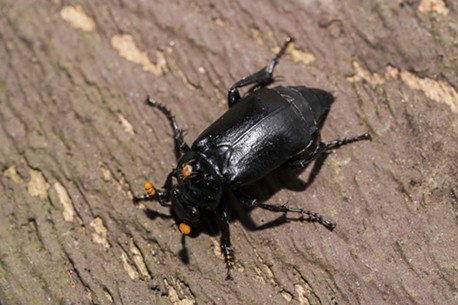 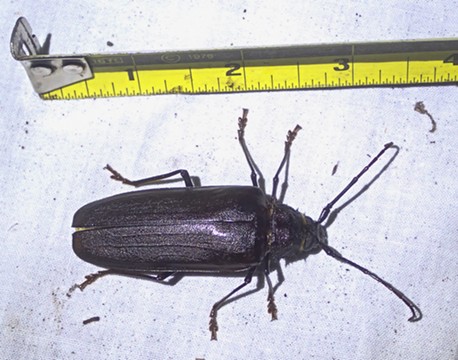 These are the flying reproductives on their nuptial flight. Their script, dictated by millions of years of evolution is this: Leave the nest, fly, drop to the ground, meet up, shed wings and seek a crevice in the ground to found a new dynasty. But they are drawn like sailors to a siren's song, although it's not the lights that will kill them, but the bats. 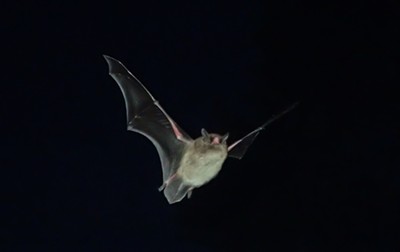 In flight, the termites are clumsy, fluttering creatures, unlike the swift, agile, mammalian hunters, who have learned over the last few weeks that the place where I set up my trap is a target-rich environment. So, early in the evening, the termites come, followed all too swiftly by the little brown bats and maybe others. It is a slaughter. By the time the “flutter mice” leave, there might be one or two termites that aren't flying, but hugging the fabric. If you're quick, you might get a glimpse of the hunter. Photographing them is a different matter altogether. They are so small and quick, my best camera can't pick them up, autofocus, adjust light levels, initiate exposure and initiate flash before they're gone. Yet they aren't big enough to trigger my game camera. So I set the focus to manual, pick a likely spot and wait. I rarely guess right, and my reflexes are seldom good enough to get get a shot. Usually what I get is a dark photo of the forest around me, but once in a rare while I get it right. And that makes me grin in the darkness.