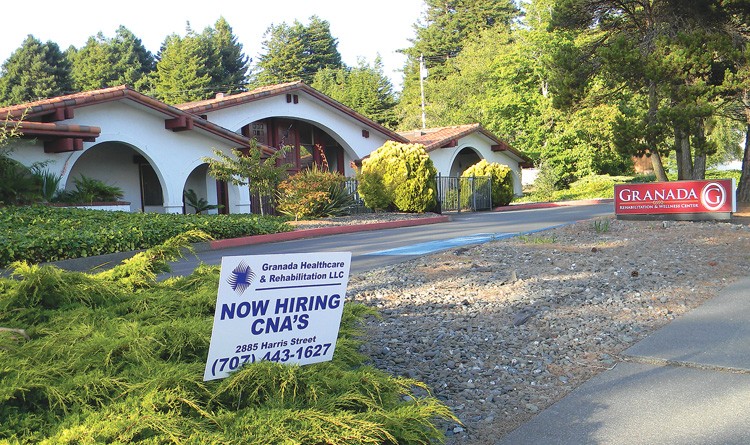 The California Department of Public Health announced today that it has approved the closure of three skilled nursing facilities: Seaview, Pacific and Eureka Rehabilitation & Wellness Centers. According to Suzi Fregeau, long-term care ombudsman at the Area 1 Agency on Aging, this means as of tomorrow admittance of new patients to skilled nursing facilities will be closed, leaving hundreds of North Coast residents who need 24-hour care in the lurch.

"The community will be very affected," said Fregeau. "There are 28 open beds in Fortuna [Rehabilitation and Wellness Center], but those will be for people who are in facilities that are being shut down. People in St. Joseph's or in the hospital will have to go out of the area."

The closure plan, originally filed by Rockport in August, and refiled with revisions on Sept. 15, includes a list of facilities in California that currently have vacancies. The closest, in Crescent City, is 83 miles away. Most of the others are over 100 miles away: in Redding, Mendocino and as far away as Klamath Falls, Oregon. Advocates and family members have argued that placing frail, elderly people far away from their families leaves them vulnerable to transfer trauma and removes the support provided by family and community. Rockport has stated that it was losing money due to staff shortages in Humboldt County, saying it had to recruit staff from outside of the area in order to meet its quota.

The potential closure of the facilities was met with widespread opposition from the local and state ombudsman offices, as well as Assemblymember Jim Wood and State Senator Mike McGuire. The ombudsman office sent a letter to the CDPH requesting a complaint investigation and a petition for receivership, which would halt the closures.

In a reply dated today, the state responded that it found the facilities were providing adequate care and "staffing letters were adequate to meet residents' needs." This is in opposition to testimony by patients and family members who attended a meeting with Rockport's CEO, Vincent Hambright, earlier this month. One man stated that he had not had his wound dressing changed in two days because "there was no wound care nurse available." Family members stated they had been told by staff members that there were not enough staff available to meet patient needs and that their charges were suffering as a result.

“I’m extremely disappointed and frustrated that our hands have been tied and that Rockport will be allowed to close these facilities — this plan is completely irresponsible,” Senator McGuire wrote. “Rockport’s devastating closure plan is unprecedented — and will impact the lives of patients and their families, putting the health and safety of our most vulnerable residents at risk. We worked hard to bring all sides together and find common sense solutions, but, in the end, we did not have a willing partner in Rockport Healthcare Services.”