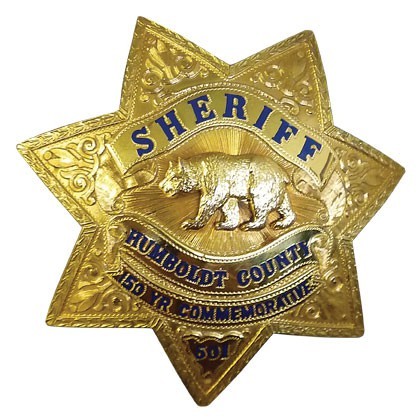 The Humboldt County Sheriff’s Office is investigating another homicide, after a 23-year-old was stabbed to death in Weott on Friday night.

The homicide is the 19th recorded in the county so far this year, and comes in the midst of the county’s single grisliest annual homicide total in at least 30 years. It also puts the county on pace to record nearly 25 homicides this year.

Sheriff’s deputies responded to a report of a disturbance in the 400 block of Newton Road in Weott at about 10:40 p.m. Friday. While en route, deputies were advised that one of the subjects, a 23-year-old male, had been stabbed and driven to a local hospital, where he later died.

An investigation determined there was a physical altercation that led to the stabbing, according to the press release.

See the full release from the Sheriff’s Office copied below:


Homicide Investigation - Case 201605035
On Friday, October 7, 2016 at about 10:39 p.m. Humboldt County Deputies received a report of a disturbance on the 400 block of Newton Rd, Weott. While en route, Deputies were told one of the subjects, a 23 year old male, had been stabbed and driven to a local hospital. Deputies arrived at the Newton Rd residence to investigate the incident. Deputies determined there was a physical altercation between two males which resulted in the 23 year old male getting stabbed.
The 23 year old involved party was later pronounced deceased at the hospital.
Detectives were called to the crime scene and are investigating this incident.
Anyone with information for the Sheriff’s Office regarding this case or related criminal activity is encouraged to call the Sheriff’s Office at 707-445-7251 or the Sheriff’s Office Crime Tip line at 707-268-2539.