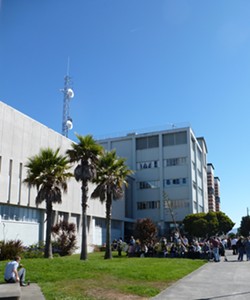 If you are among the estimated 75 percent of Humboldt County residents who have been ignoring a jury summons, the Superior Court may come a calling to let you know your time is up.

According to a press release sent out by the court this week, jury services staff have resorted to phoning service skippers and are setting up five-day standby lists in order to have enough jurors available for trials.

The release says the court could also look at sending deputies to “escort individuals to the courthouse for jury service and/or may issue an order to show cause for appearance at a court hearing.”

“Steps are now being taken because of the number of jury trials that must be heard,” court CEO Kim Bartleson says. “If jurors are not available, a case could be dismissed.”

Duplications in the 176,000 or so names on the master jury list, compiled from voter registration and Department of Motor Vehicle records, are filtered out before potential jurors are randomly selected for a summons, according to Bartleson.

For reference, Humboldt County has about 80,000 registered voters and a total population of 135,000, according to the U.S. Census. And to be able to serve, jurors must be at least 18, proficient in English and U.S. citizens who has not been convicted of a felony, although there are some exceptions to the latter.

About 200 summons are sent out for an average court day in Humboldt County, Bartleson says. The number of potential jurors needed for the selection pool varies depending on the number and type of cases up for trial. The issue is most people aren’t showing up.

“The drop in response rates has been an ongoing problem,” she says.

Take Wednesday, for instance: 600 jurors were summoned and 75 appeared for a response rate of 12.5 percent. That’s down from an average 51 percent jury yield back in 2012, according to data collected by the Judicial Council of California, the policy making body of the California courts.

The general goal for response rates is around 40 percent, according to Blaine Corren, a spokesperson with the council.

“Some courts, people report higher than others,” he says.

Jury response varies across the state with some California counties boasting rates as high as 87 (Colusa County), while others were as low as 5 percent (Nevada County), according to judicial council data from 2012 and 2013, the most recent available.

The statewide average came in at 57 percent.

With every batch of summons sent out, a certain number are expected to drop out due to deferments or being excused, as well as simply failing to show. Around 12 percent are estimated to never make it to the intended recipient due to outdated addresses or other mailing issues.

“The low average response rate makes it difficult for the jury commissioner to be confident that enough people have been called to appear: trials have been delayed by inadequate numbers of prospective jurors,” District Attorney Maggie Fleming said in an email to the Journal. “Of course, lengthening the process in this way reduces the number of cases we can try.”

In most cases a person is considered to have done their yearly service if they are not selected for a jury after one day at the courthouse. After serving on a jury, that timeline is expanded — at least in Humboldt County — to two years.