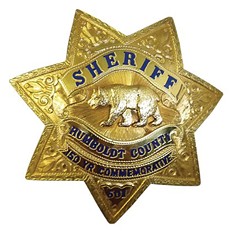 UPDATE: No one was injured during an officer-involved shooting in Hoopa after a sheriff’s deputy shot at a suspect who reportedly fired at law enforcement several times from his residence during an early morning stand off yesterday.

Eric Michael Matilton, 31, is facing charges of assault with a deadly weapon, willful discharge of a firearm in a grossly negligent manner, and violation of probation, according to the Humboldt County Sheriff’s Office. He bail was set at $50,000.

The full release from the Humboldt County Sheriff's Office is posted below.

The suspect was identified as 31 year old Eric Michael Matilton, of Hoopa.

Matilton was arrested for assault with a deadly weapon, willful discharge of a firearm in a grossly negligent manner, and violation of probation. He was taken to the Humboldt County Correctional Facility where he was booked on the above listed charges. His bail was set at 50,000.


A man who “confronted deputies” responding to reports he was shooting from his Hoopa residence early this morning was arrested following an officer-involved shooting at the scene.

Few details on the incident, including whether anyone was injured, are being released by the Humboldt County Sheriff’s Office at this time. An upcoming press release will have more information, according to the sheriff’s office.


On Thursday, October 27, 2016 at about 3:30 a.m. Humboldt County Deputy Sheriffs were dispatched to the south end of Hoopa for a report of a subject having some type of medical issue and shooting from his residence.

After several hours on scene, the subject confronted deputies resulting in an officer involved shooting. The suspect was taken into custody. Further information will be provided in future media release.