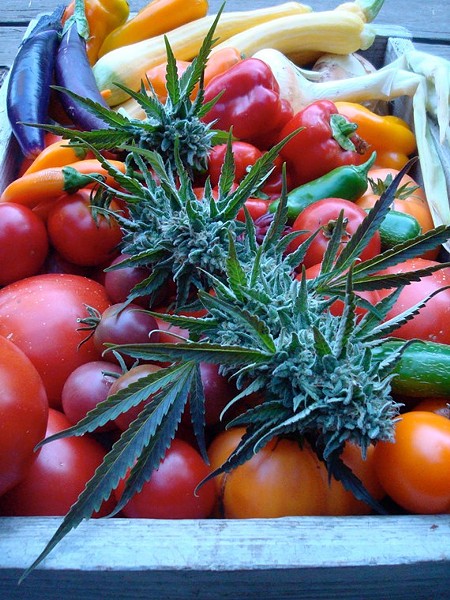 2nd UPDATE:
With the final election night tallies in, 59 percent of voters in Humboldt County supported legalizing recreational marijuana possession, cultivation, use and sales, following suit with the rest of the state.

Click here to see how all the state propositions fared.

Propositions to restrict firearm and ammunition sales, ease criminal sentencing and tax cigarettes are also leaping out to commanding leads. Meanwhile, Proposition 62, which seeks to repeal the death penalty, is trailing by nearly 10 points.

And it’s perhaps no surprise that our North Coast state and federal representatives — Congressman Jared Huffman and Assemblyman Jim Wood — seem poised to coast to re-election, both capturing more than 70 percent of the vote thus far. Scroll down for a link to the Secretary of State’s website, which can keep you posted on the propositions.

PREVIOUSLY:
While Trump and Clinton have dominated headlines and airwaves for months, California’s 17 propositions — including ones to abolish the death penalty and legalize recreational marijuana — have been relegated to almost an afterthought, as have local down ballot races.

Based on early returns, it looks like our local North Coast state and federal representatives — Assemblyman Jim Wood and Congressman Jared Huffman — will cruise to re-election. Meanwhile, Proposition 64 — which would legalize recreational marijuana — has an  early statewide lead. (Read past coverage Journal here, and arguments for and against here and here, respectively.)

With 17 percent of state precincts reporting, Proposition 64 is garnering 55.4 percent of the vote. That lead is even stronger in Humboldt County's early vote, with almost 60 percent voting in favor of recreational legalization.

For up to the moment returns on state propositions, check out the Secretary of State’s website here. And, we’ll keep you updated as we can.