Anger, Song and a Group Hug at Arcata's Anti-Trump Protest 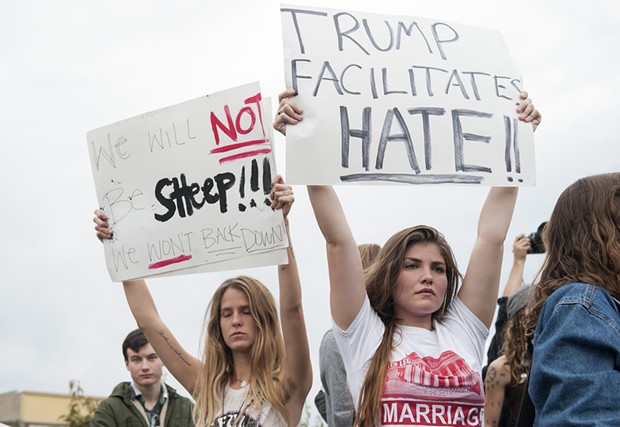 More than 200 people gathered Friday afternoon to march from the Humboldt State University Campus down to the Arcata Plaza and back, decrying the election of Donald Trump as the nation's next president.

The protest remained peaceful throughout, as emotional participants chanted, yelled and sang. Once the march reached the Arcata Plaza, participants gathered around the McKinley statue as about a dozen speakers passed around a megaphone and took turns addressing the crowd, denouncing Trump and the American political system, and urging people to engage and make change.

Many of the participants were HSU and Arcata High School students, though a swath of the local non-student community also participated. As the crowd marched toward the Plaza, temporarily halting traffic on H Street, a Trump supporter found himself stranded in his pickup truck as the crowd passed. He applauded the protest and reminded participants that America is a democracy and that Trump will become president Jan. 20, no matter how many "Not My President" signs are waved. Some marchers jeered the man but the march passed without any real confrontation.

Once the protest returned to HSU, organizer Emily Lynn addressed the crowd, saying the protest took her from feeling helpless to empowered. "What I've learned today is that the people really are more powerful than our government," she said.

Local photographer Mark McKenna was on scene throughout the protest, which culminated in a group hug on the HSU campus, and shares the following slideshow. (Check out his photos from Thursday's protest in Eureka here.)

If you feel strongly one way or another about Trump's election, the Journal urges you to participate in our 45 for 45 dialogue, details of which can be found here. 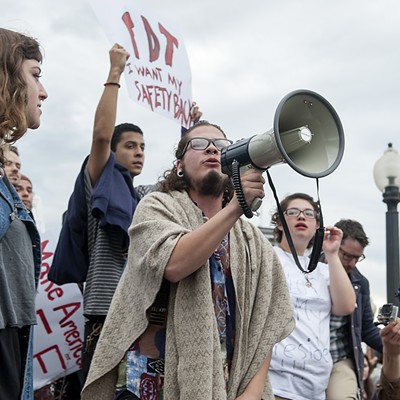 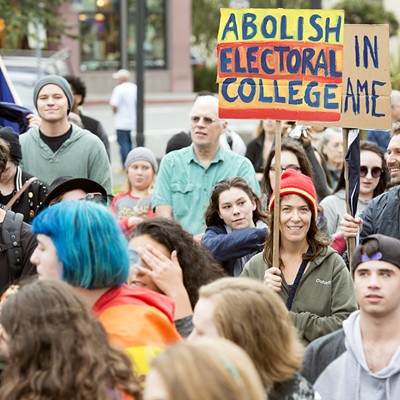 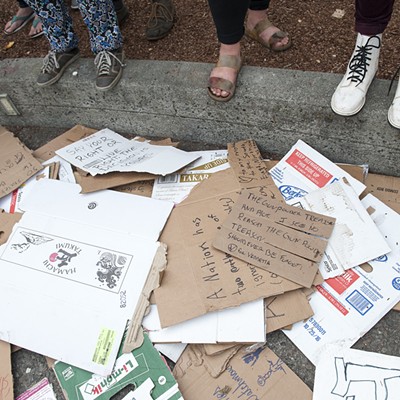