Ruth Reservoir Back up to the Brim 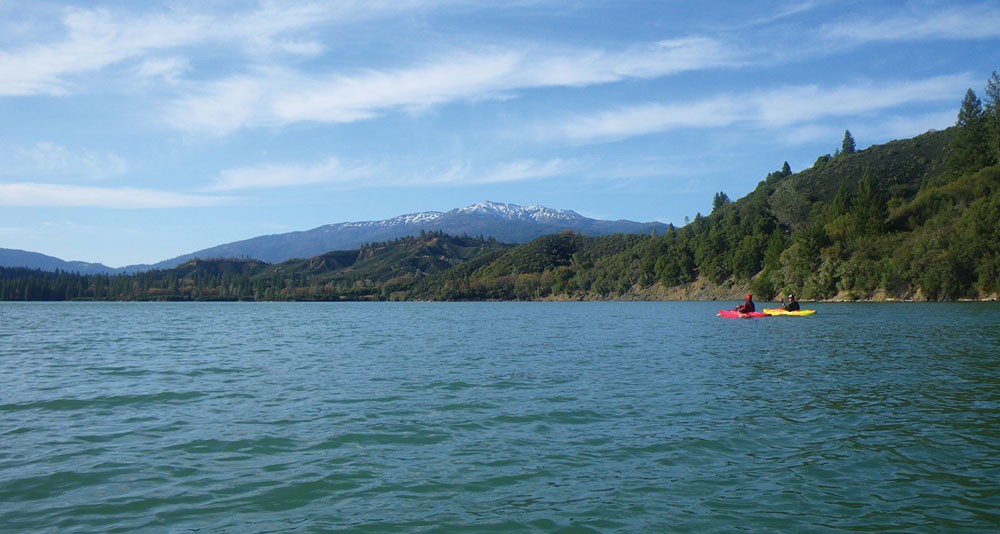 Ruth Reservoir is full again thanks to an abundance of wet weather over the last two months, with the North Coast area seeing nearly 16 inches, or 258 percent of the region's normal rainfall amount, since Oct. 1.

With a stormy Thanksgiving weekend in the forecast, the Humboldt Bay Municipal Water District is predicting the reservoir will rise even further.

Read the full press release from the Humboldt Bay Municipal Water District below:


Eureka – The Humboldt Bay Municipal Water District (HBMWD) announced today that Ruth Reservoir, the source of water supply to over 80,000 residents of the Humboldt Bay area, has filled for the first time in Water Year 2016-17 (which started on October 1, 2016). The reservoir holds 48,030 acre-feet of water when full, or 15.65 billion gallons.

Also since October 1, 15.58” of rainfall had accumulated as of midnight of November 23. This represents 258% of the normal amount of rainfall during that period. Additional rainfall on November 23 and through the rest of Thanksgiving week is expected to cause the reservoir to rise further, providing additional flow over the spillway at Matthews Dam, which impounds Ruth Reservoir. During October and November, HBMWD has been running its hydropower plant up to its capacity of 1350 megawatts, with 250 cubic feet per second of water flowing through both turbines (or approximately 134 million gallons per day).

The following graphs show lake levels in 2015 and 2016, as well as power production and river flows below the dam. This is the earliest in the water year that Ruth Reservoir has filled during the past ten years. Drought conditions did not exist on the Mad River last year, and so far, Water Year 2016-17 has been one of the wettest on record.

Formed in 1956, HBMWD supplies water to seven municipal water supply agencies, including the Cities of Arcata, Blue Lake and Eureka, and the following Community Services Districts: Fieldbrook-Glendale, Humboldt, Manila and McKinleyville. HBMWD also provides water directly to approximately 200 residences and businesses in Arcata and on the Samoa Peninsula.