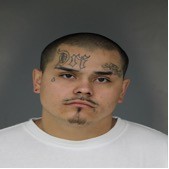 In the early hours the day after Thanksgiving, Humboldt County Sheriff's Deputies responded to a call at a home in Hoopa Valley and found wounded woman who died at the scene. Deputies have arrested Lorence Emmanuel Bailey for her murder and his bail is set at $1,000,000.

This is Humboldt County's 20th homicide of the year.