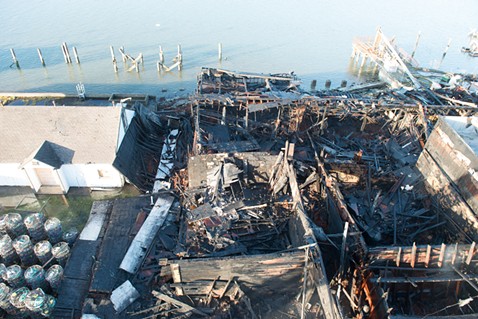 UPDATE WITH PHOTOS: Humboldt Bay Fire is still investigating the cause of last night's Eureka waterfront fire. This afternoon, firefighters were still on site dealing with the aftermath. Photographer Mark McKenna shot the scene from the ground and above. Scroll down for the slideshow at the bottom following the official press release.

Humboldt Bay Fire called in help from Arcata, Samoa-Peninsula, Blue Lake, Fortuna, Loleta and Cal Fire, including off-duty firefighters, to battle a blaze just before midnight last night on the Eureka Waterfront. The fire, at 12 W. Waterfront Drive, the location of an ice and cold storage facility, took three hours to get under control and left one firefighter with minor injuries. Humboldt Bay Fire is investigating the cause of the fire.

On 12/30/16 at approximately 2345hrs, Humboldt Bay Fire responded with 3 engines, 1 ladder truck, 1 Squad and 2 Chief Officers to a reported Commercial Structure Fire @ 12 W. Waterfront Dr. First arriving units reported smoke was visible from the building and access was made through locked gates onto the property and fire was visible to the rear of the building. Defensive operations were initiated utilizing elevated master streams and large diameter hose lines. A 2nd and 3rd alarm was requested and the Humboldt Bay Harbor District fire boat was also requested to the scene. Off duty Humboldt Bay Fire personnel responded in addition to units from Arcata, Samoa-Peninsula, Blue Lake, Fortuna, Loleta and Cal Fire. The fire was controlled in approximately 3 hours and one firefighter sustained a minor injury and was treated on scene. Humboldt Bay Fire will remain on scene throughout the day extinguishing hot spots and a damage estimate is unknown at this time. The cause of the fire is under investigation and Humboldt Bay Fire will release further information when it becomes available. 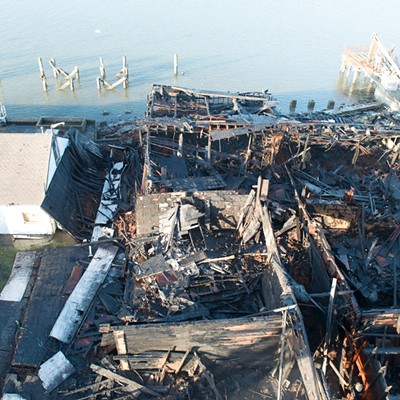 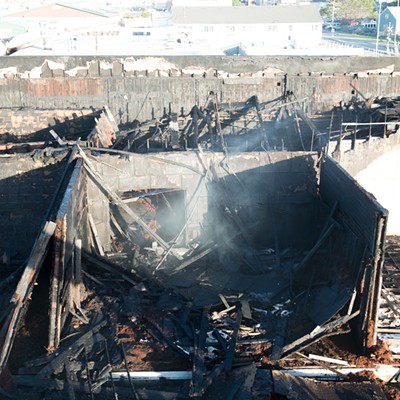 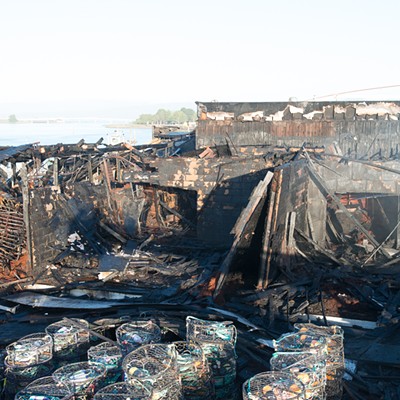