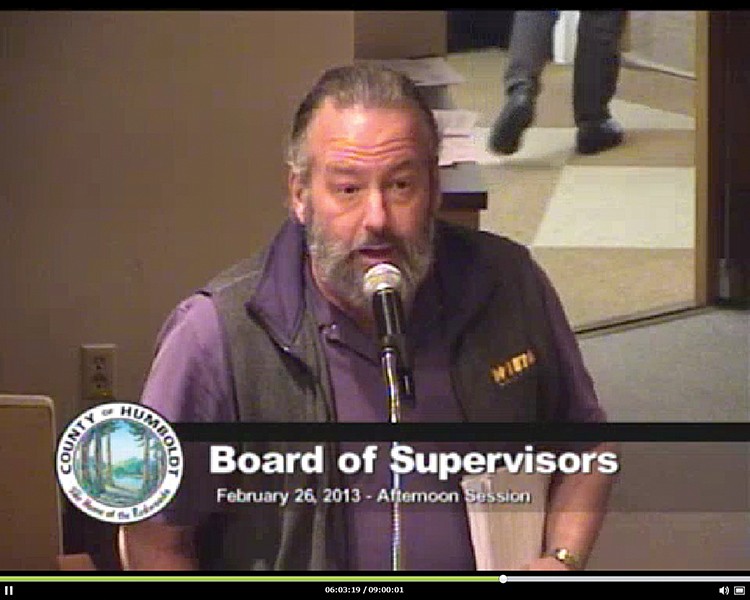 So far, at least 16 candidates have turned in paperwork to be considered Tuesday for an at-large position on the Humboldt County Planning Commission after the supervisors decided to explore their options rather than simply reappoint current seat holder Lee Ulansey.

Some of the applications date back to 2010, while 11 others were turned in after the Jan. 17 meeting when First District Supervisor Rex Bohn brought forward Ulansey’s appointment.

That prompted an extended discussion about protocols the board adopted back in 2011 — which include the option of a prolonged selection process for commission and committee members with a public discussion on how an empty seat would be filled and candidate interviews.


Bohn emphasized that his agenda item was common practice when a sitting board member was interested in continuing to serve, noting Dave Edmonds was reappointed to the planning commission in the same manner last January without issue.

Fifth District Supervisor Ryan Sundberg said at the meeting that he didn’t think there was “anything wrong with the way” Ulansey’s reappointment item was brought forward but noted other applications have been turned in.

More are expected to be submitted over the next few days.

“For myself, I’d like to have the opportunity to look through the people who have applied,” Sundberg said on Jan. 17.

After a back and forth discussion, in which board Chair and Fourth District Supervisor Virginia Bass said the protocol was not “legally binding,” the board voted Jan. 17 — with Bohn dissenting — to go with a sort of hybrid approach by continuing to take applications but setting the selection date for Tuesday.

None of the discussion focused on Ulansey.

Bass noted that members of the board had received numerous emails on the subject, but due to county’s system being down some constituents might not have received an immediate acknowledgement of their correspondence.

A handful of speakers from the public objected to Ulansey’s appointment, with some describing the Kneeland resident as “divisive” and others saying his political donations to some of the supervisors amounted to a conflict. Five letters urging against Ulansey’s appointment for similar reasons were also included in board’s agenda packet.

Kent Sawatzky, a Blue Lake resident and a frequent public speaker at board meetings, said he wasn’t on speaking terms with Ulansey but admired the work he has done.

Ulansey, founder of the Humboldt Coalition for Property Rights, has cut a sometimes controversial figure on the commission as the board tackled topics ranging from the General Plan Update to the county’s medical marijuana ordinance.

Known for his blunt manner and affinity for Hawaiian shirts, Ulansey was appointed in 2013 on a 3-1-1 vote, with then Third District Supervisor Mark Lovelace dissenting and Sundberg abstaining because he had looked to place a McKinleyville resident on the board.

Bohn said little during the board’s discussion on the protocol issue, but noted he that knows there’s “a lot of pressure on people out there, so I’ll leave it at that.”

Ulansey was not immediately available to comment for this story.