California Doubles Down on Sanctuary Status, Arcata Mulls Next Move 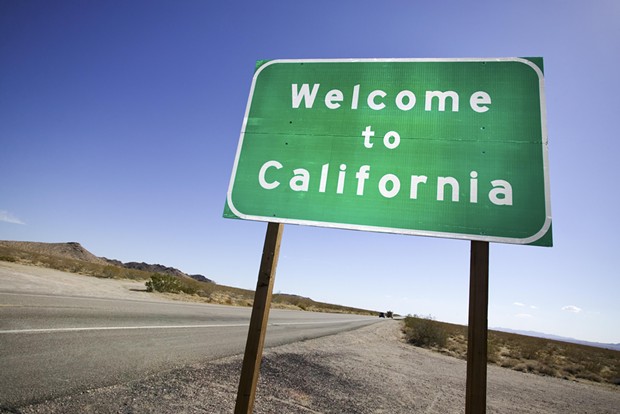 An executive order taking aim at sanctuary cities that President Donald Trump signed in his first days in office has cities, states and counties throughout the nation scrambling in all directions — some distancing themselves from the term “sanctuary” and others running toward it.

California is placing itself firmly in the latter category. Meanwhile, North Coast municipalities are taking a more cautious approach.

Trump’s order — lambasted as an executive overreach and unconstitutional by some — is already the target of a lawsuit filed by the city of San Francisco this week. The order threatens to withhold federal funding from cities, counties and states that hinder efforts to capture and deport undocumented immigrants, who it contends are a threat to public safety.

But the order stops short of offering an official definition of what a “sanctuary jurisdiction” is and ignores the fact that the vast bulk of federal funding that trickles down to local jurisdictions comes through congressional appropriations, not the executive branch.


Nonetheless, California is doubling down. Senate Bill 54, authored by Senate Pro Tem Kevin De Leon, passed through a law enforcement subcommittee this week and is seems on the fast track to a vote on the Senate floor.

The so-called “sanctuary state” bill would explicitly prohibit state and local law enforcement agencies, and school police, from using any resources to investigate, interrogate, detain, detect or arrest people solely for immigration purposes. This means officers would be prohibited from making arrests based solely on immigration warrants, or from providing federal agencies non-publicly available personal information about individuals strictly for immigration enforcement purposes.

The bill would also require state agencies and vendors that collect personal data to compile and abide by confidentially policies to “ensure that information collected from individuals” is limited to what’s necessary for the agency to perform its duties and will not be used or disclosed to aide immigration enforcement.

While California already has laws on the books limiting cooperation with federal immigration agents, S.B. 45 represents a notable expansion, and it appears to have the full support of our North Coast representatives.

"California is a state of immigrants and diversity is a part of who we are," Senator Mike McGuire said in a statement. "The State Legislature will continue to fight the destructive anti-immigration policies being brought forward by the Trump administration, which are a clear overreach and will unfairly punish millions of law abiding and tax paying Californians."

In a statement, Assemblyman Jim Wood indicated that he sees S.B. 54 as a public safety bill.

“Recent federal actions are politicizing immigration,” he said. “SB 54 simply says that local law enforcement agencies should not use resources to solely investigate, interrogate, detain or arrest anyone because of their immigration status — that’s the federal government’s role. We certainly want law enforcement to go after anyone engaged in criminal activities, but that process will be hampered if the immigrant community is wary of talking to law enforcement whenever they are a victim of crime or a witness to crime.”

According to the San Francisco-based Immigrant Legal Resource Center, California is already one of four states with laws that limit police cooperation with federal immigration agencies. The nonprofit also lists Humboldt County as having additional policies and procedures that delineates local law enforcement involved in civil immigration actions.

On the city level, guidelines in the cities of Eureka and Arcata maintain that officers will not arrest individuals based solely on their immigration status. Eureka Police Chief Andrew Mills said in an email to the Journal that he is not “changing my policy on Immigration.”

“I will obviously take direction from the policy makers … but it is not and will not be part of our patrol plan,” he wrote. “The caveat obviously is if they are dangerous criminals who are part of an investigation EPD can and will use it as a tool. There are legal guidelines by the courts and Legislature that have to be worked through before any substantive changes are made to bedrock procedure.”

Officials in Arcata and Eureka have never adopted official “sanctuary city” declarations like some around the country but the councils in both recently adopted resolutions affirming community values of inclusion, respect and environmental responsibility, among others. (View Eureka's here, and Arcata's here)

While neither resolution specifically mentions President Donald Trump — Arcata Mayor Susan Ornelas noted that “our values haven’t changed because we have a different president” — councilmembers in both cities referenced the current political climate in their support of the pronouncements.

Dave Meserve had urged the Arcata council, which he once served on, to take the additional step of adding the wording “sanctuary city” to the resolution it passed during its Jan. 4 meeting.

The board decided instead to focus on a more broadly worded document to promote inclusiveness, with individual members saying they believed there needed to be more community discussion before taking a sanctuary city stance.

That issue is slated to come back before the council at a future meeting, Arcata City Manager Karen Diemer said, adding there’s a small group of citizens working on language as well as a couple of councilmembers.

Ornelas noted that the weight of such a decision calls for a full public vetting.

“Things are changing so rapidly,” she said, “we just don’t want to be rash.”