HumBug: An Inordinate Fondness for Beetles 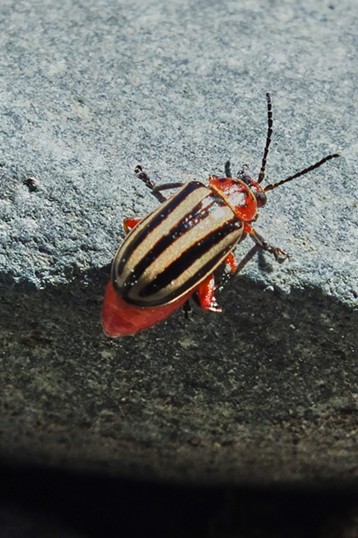 The great geneticist and evolutionary biologist J.B.S. Haldane once said, “The creator, if he exists, has an inordinate fondness for stars and beetles.” It is believed there are more species of beetles than any other order of animals on the planet. They fill so many niches in the environment it is no surprise to happen across one in an unexpected place.

I recently stopped to chat with a friend near a puddle; it was an inch or so deep and as large as the shadow under a pickup truck. I was distracted from our conversation by strange ripples on the water's surface. When I looked I found a predacious diving beetle. Adapted to an aquatic life, they have paddle-shaped hind legs and often hang head-down with just the tip of their abdomens touching the surface to replenish the air supply they keep trapped under their wings. (And we thought we invented scuba diving.)

These beetles are good fliers, allowing them to escape a drying pool but having only a bug's brain, they often land on shiny, dark cars. 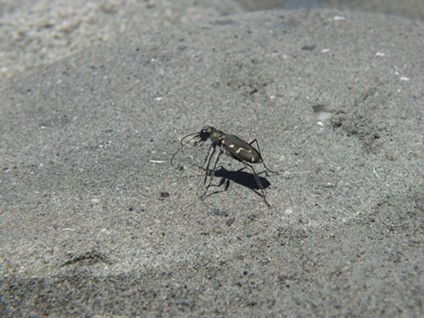