Downey Set to Retire in May 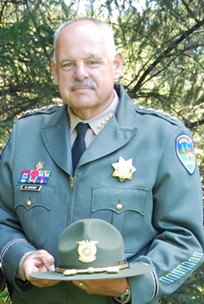 Humboldt County Sheriff Mike Downey is stepping down from his elected office in May.

In a brief press release making the announcement today, the county said Downey, who was first elected in June of 2010, “is humbled and honored to have served as the Sheriff of Humboldt County for the last 6 years.”

While the release didn’t outline the process for his replacement, the county Board of Supervisors will now need to decide whether to appoint someone to serve the remainder of Downey's term or call a special election.

Read the full release from the county of Humboldt below: