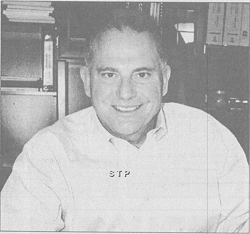 Local attorney Patrik Griego followed through this morning on his threat to file a petition with the Humboldt County Superior Court asking a judge to step in and block the county’s recent hire of David Marcus as its next public defender.

The petition for a writ of mandate, filed as a public interest lawsuit, alleges that Marcus does not meet the minimum qualifications for the position required by the state as outlined under Government Code Section 27701. The code specifies that a public defender hire must have spent the year preceding his or her appointment as a practicing attorney in all the courts of the state.

Marcus served as Lassen County’s public defender from 2005 to 2011, when he left, reportedly to take a job as CEO of a dental clinic. In his resume submitted to Humboldt County, he indicates he worked for the Walnut Creek law firm Cella, Lange and Cella from 2012 through 2016 as a contract attorney while living in Florida. But it’s unclear exactly what he did for the firm, and Griego alleges he doesn’t meet the minimum qualification of having been a practicing attorney in all the state’s courts for a year prior to his hire.

Specifically, Griego alleges Marcus has not practiced in any criminal, juvenile, family law or conservatorship court — or any other in the state — since his departure from Lassen County.

After meeting in closed session Tuesday to discuss Griego’s threat of litigation, the Humboldt County Board of Supervisors issued a press release touting Marcus’ more than 20 years of experience in criminal law — in Lassen County and as a deputy public defender in San Bernardino — and stating that he “has significant criminal law experience and meets all statutory requirements for the position.”

In his filing, Griego points to a letter of opposition the California Public Defender’s Association submitted to the state Legislature back in 2011, when it was considering a bill that would allow superior court judges to be eligible for public defender appointments.

Griego’s petition is filed on behalf of John Does 1 through 10, unnamed people currently represented by the public defender’s office. Unless the board of supervisors is “compelled to comply” with the government code, Griego argues, the petitioners will be deprived of their due process rights and right to counsel guaranteed under the 14th and Sixth amendments to the Constitution.

Attempts to reach Marcus for this story were unsuccessful.

If Griego's suit is successful, the county could be deemed liable for his attorney fees.

See past Journal coverage of Marcus’ hire and the controversy surrounding it here. And find a copy of Griego’s court filing here.