The Humboldt County Grand Jury Wants You (to Serve) 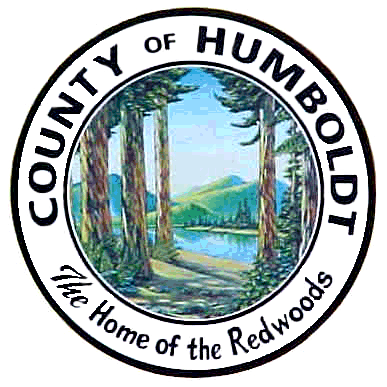 The Humboldt Chapter of the California Grand Jury Association is currently seeking applicants for the next year of service.

The county Grand Jury does lengthy investigations of different issues related to local government. Reports on these investigations, which usually come out in May or June, are archived on the county’s website under dry titles like “Best Practices in Purchasing/Procurement” or “Americans With Disabilities Act,” but if you actually read the reports you’ll find sometimes blistering prose that would be at home on the front page of any newspaper, such as “Humboldt County Leadership and a Trail of Broken Promises,” and tales of fiscal mismanagement that could curl any taxpayer’s lips.

Without the deep digging of the grand jury, who would have known, for example, that there was little-to-no oversight of some third party contractors hired by the county to make sure the money spent actually correlated to services performed? Other past reports have found that the Humboldt County Sheriff’s Office had “evaded” its responsibilities by not informing indigent detainees of their right to transportation after serving jail time (2015), and that the Humboldt County Planning Department had lousy customer service (2012).

The jury — which is composed entirely of volunteers — requires at least six hours a week of service, time in which the participants will be actively in the jury room discussing and researching the subjects they have decided to take on. Jurors are expected to be objective, non-partisan, reliable and of high integrity. The time commitment does limit who is able to serve, however, according to Sam Giannandrea, president of the Humboldt chapter.

“People who are working full time really don’t have time to be on grand jury,” she told the Journal, adding that she had seen jurors do it, but it was unusual and difficult. “It takes a significant amount of time.”
By the end of the year, the work, which includes writing and rewriting reports, can require up to 15 hours a week of the volunteers’ time. But it’s time well spent, says Giannandrea.

“It’s so challenging, so interesting,” she said, adding that the jurists get to decide what they’re going to investigate, and are given a wide variety of resources to conduct their investigation, including the power to subpoena witnesses. Once a report has been filed, the entities in question have a duty to respond in writing and discuss how, or if they will address the problems identified by the Grand Jury. These responses can be as illuminating as the original reports. For example, in 2015 Sheriff Mike Downey responded to the jury’s investigation of their indigent release program by saying that neither the Humboldt County Sheriff’s Office nor “many counties throughout the state” were aware of the penal code that required them to provide transportation assistance to indigent detainees. Downey decided to post signs in the booking and housing units of the jail that would inform released prisoners of their rights. He denied that the HCSO had deliberately refused to tell people they had the right to transportation assistance, but said he believed the signs honored the spirit of the recommendation.

Giannandrea admits that the ultimate impact of a grand jury’s work can be hard to quantify. “Another thing I’ll tell my juries, sometimes it takes up to three years before something will happen,” she said, adding that it’s not unusual for a county department or board of supervisors to say they don’t have enough money to implement a program, then revisit the idea years later.

“Suddenly they’ll say, ‘You know what, they’re right,’” she says, laughing. Giannandrea served on the jury for three years before becoming president.

The deadline for applications is May 31. Those interested in applying should call 269-1200 to find out more.