Sheriff Downey: 'It Has Been An Honor to Serve' 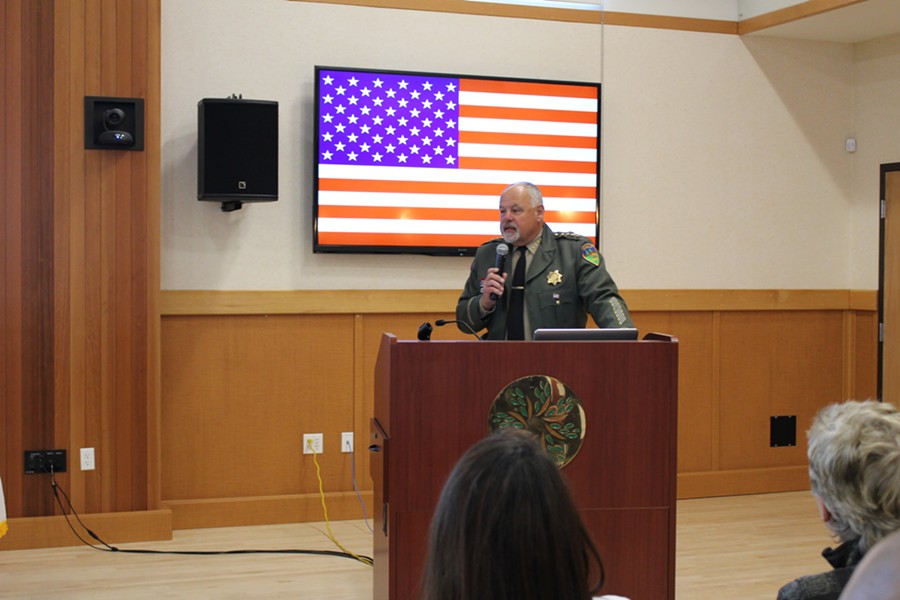 Humboldt County Sheriff Mike Downey thanked the men and women under his command during a departmental review on Monday as he counts down to his last weeks in office and the end of a three-decade-long career in law enforcement.

More than 100 members of his department and local officials attended the noon gathering at the Sequoia Conference Center, with Downey personally shaking hands and speaking with each person as he walked down the line of seats set up in the room.

The sheriff, who was first elected in June of 2010, announced last month that he would retire in May.

Downey said he’s seen a lot of changes during his 31 years with the sheriff’s office in Humboldt County, but the main tennent and vision of law enforcement remains the same: providing “good reliable service to the public.”

“You can never forget that,” he told the members of his department.