TL;DR: Adventures on the Coral Sea

Couldn’t read the cover story this week? Don’t sweat it. But if you want the Journal to take you on a voyage of undercover drug operations, diving dogs and shipwrecked treasure aboard the Coral Sea research vessel you should click here.


This week we took a deep dive into the rich history of Humboldt State University’s research vessel, uncovering an exciting past of treasure hunters and cocaine smugglers. Here's a glimpse into the Coral Sea's past in four bullet points. 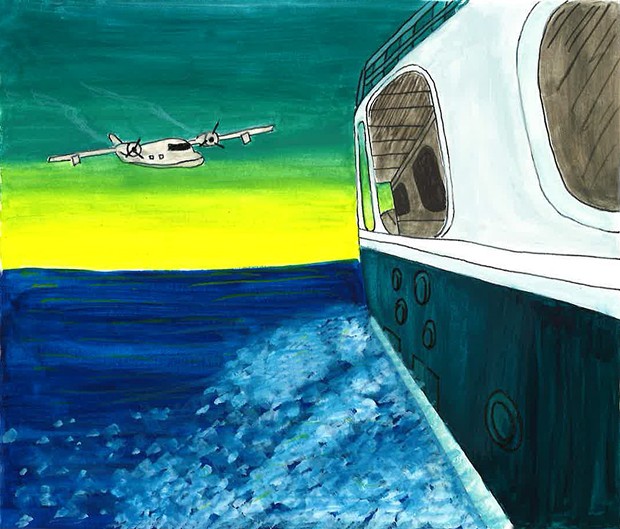 Ronald Markowski, the owner of the Coral Sea in the early 1980s, used the vessel as a floating headquarters to radio instructions to his pilots, who were smuggling large amounts of cocaine and marijuana into the United States. The airplanes were filled with cocaine supplied by some of the most wanted drug rings in the world connected to Pablo Escabar's Medellian Cartel.


The operation wound up in the crosshairs of the DEA's "Operation Skycaine" investigation, which culminated in the convictions of 42 smugglers. "Mastermind of Skycaine Narcotics Ring Found Guilty," read a 1984 headline of a Chicago Tribune story about Ronald Markowski's guilty pleas, which would later see him sentenced to 45 years in prison without the possibility of parole.


After the vessel was seized, it was wired for video and sound by Florida’s DEA to spy on well known drug rings. They caught on to a smuggling operation involving a albatross sea plane and 6,600 pounds of cocaine, thus coined the operation’s name “The Albotross Sting.”

Glenn Miller yelled “seal” and his trusted first mate Mac the Diving Dog ran off the back of the Coral Sea and leapt into the cold pacific ocean. Glenn Miller, a sea-salty captain, built the ship exactly to his liking.


Miller was a local celebrity in his home city of Santa Barbara and the Coral Sea was well known as a $3 million chartered diving vessel. Charters came with a Glenn Miller experience which involved his charismatic animals and his attitude of doing what he wanted whenever he wanted.


Miller positioned a helicopter that sat boldly toward the back of the vessel, but mostly just used it to fly back and forth to Santa Barbara to see rodeos. One time, Miller found an injured seal which he brought home and named Suzie the Seal. He had to let her go after a brief lawsuit, but only after Suzie became best friends with Mac the Diving Dog. 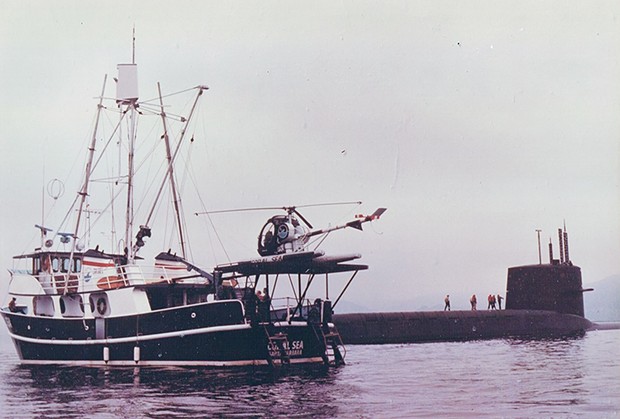 
After the Coral Sea was outfitted for adventure, Miller and a strong crew set out in search of 300-year-old treasure from a spanish galleon shipwreck named the Maravilla. They had just made it to the other side of the Panama Canal when they were held at gunpoint by the Colombian Navy.


Miller’s close connections to newspapers and his congressmen helped in a negotiation between the Colombian government and the United States to let the vessel go. It was eally just a bump in the road for Miller and his crew in the year long adventure.


They eventually found treasure, at least enough to break even from the trip and repay investors. The crew parted ways and Miller left to film the movie Deadly Encounters, where he was killed in a helicopter accident over the Grand Canyon.

After the Coral Sea's role in the war on drugs in Florida, the ship sat dormant until the Florida Department of Natural Resourses took an interest in the vessel. The agency's previous research vessel, the Hernan Cortez, was on its way out, so the agency purchased the Coral Sea at auction and sent it to Louisiana, where the one-time luxury yacht was cut in half, extended 15 feet in the middle and reborn as a research vessel.


The department would soon cancel most of its research projects and found little use for the now 90-foot boat. It went up for auction in November of 1996.


HSU purchased it a couple of years later for $418,000. Fuller, the current ship's engineer, said most students are unaware of the vessel's history. Today, the vessel is used by a number of organizations including the National Weather Service and even the Navy to research the changing tides of the pacific.