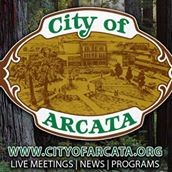 Officially labeling Arcata a “sanctuary city” or leaving out the phrase but reaffirming by resolution the city's commitment to “safeguarding the civil rights, safety and dignity” of all its residents — regardless of legal status — are among the options before the council at tonight’s meeting.

Former Councilmember Dave Meserve urged the council back in January to add “sanctuary city” to the wording of a unanimously-passed resolution that reiterated Arcata’s values of inclusion, respect and environmental responsibility, among others.

At the time, council members stated they thought there needed to be more community discussion given the weight of the term, especially after President Donald Trump signed what some say is a constitutionally-questionable executive order to withhold federal funding from cities, counties and states with sanctuary policies.

Cities across the country, including San Francisco and Seattle, have filed federal lawsuits over that threat. The president, who ran on a campaign that painted illegal immigration as a public safety threat, has also pledged to build a wall between the United States and Mexico, with the deadline for bidders to submit plans ending yesterday.

Meanwhile, the Arcata council is being presenting with a series of choices on the topic, including whether to pass a motion, resolution or ordinance (the latter of which would come with legal ramifications for non-compliance as opposed to a more ceremonial declaration) to restrict the city’s involvement with immigration enforcement — with or without the "sanctuary" label.

In the case of an ordinance, the council is being further asked to look at directing city department heads to develop specific immigration-related policies.

The staff report notes that the Arcata Police Department “has for decades not enforced federal immigration laws, and does not inquire about any person’s immigration status unless such enforcement or inquiry is directly related to the investigation of a serious felony offense such as human trafficking, homicide, terrorism or smuggling.”

“The Arcata Police Department does not independently conduct sweeps or other concentrated efforts to detain suspected undocumented residents. All individuals, regardless of their immigration status, must feel secure that contacting law enforcement will not make them vulnerable to deportation,” the staff report states.

Also under consideration by the council is voicing support for California Senate Bill 54, which would bar state and local law enforcement agencies from using resources “to investigate, interrogate, detain, detect, or arrest persons for immigration enforcement purposes.”

The so-called "sanctuary state" legislation, which was approved by the California Senate on April 5 and is headed to the Assembly, “does not specifically use the word Sanctuary,” the staff report notes.

Included in the staff report is a list of the millions of dollars in federal funds — ranging from Community Block and Safe Route to Schools grants to specific project funding — that comes into city coffers each year.

“The potential fiscal impact of the President's Executive Order is uncertain until the federal government determines the identity of ‘sanctuary jurisdictions,’ the federal government determines what federal grant funds will be affected and the courts decide the legality of the Executive Order in the San Francisco case, or other cases that may be brought,” the staff report states.

To read the full agenda, visit the city of Arcata’s website.